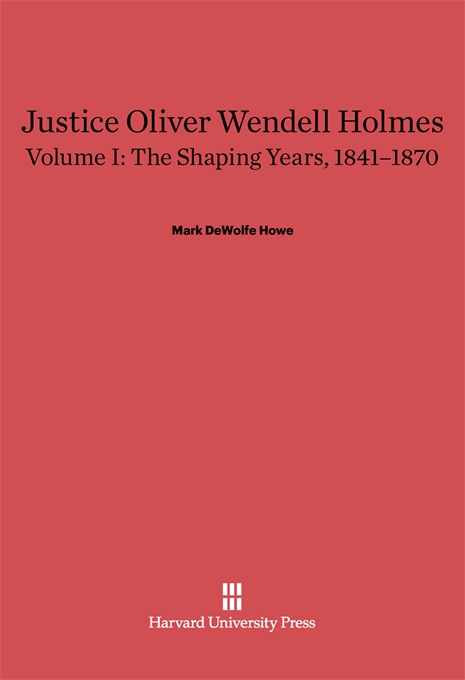 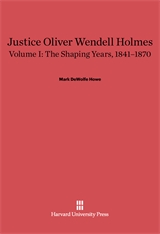 Distinguished biographies of great men are not common, but it is seldom indeed that the pairing of biographer and subject is so natural and fortunate as in the case of Mark DeWolfe Howe and that giant of nine decades of American life, Justice Holmes. A lawyer whose early career included a year as secretary to Holmes, Mark Howe comes from the New England world that produced Holmes and he inherits a similar tradition of creative probing, pragmatic curiosity.

In a lesser figure than Holmes the foreshadowings of youth may be misleading or the fulfillment of manhood incomplete, but for him neither of these things was so. In the course of his journey to emotional and professional maturity—the period of this book—Holmes outlined the entire realm he was later to inhabit and make his own. When at the close of this volume Howe temporarily takes leave of him. Holmes has satisfied himself of his strengths and capacities; the tools he will use are ready.

During a period of contradictory stuffiness and brilliance in Boston and through the splintering and passion of the Civil War, the young Holmes tested his beliefs and his strength against the world he found. Belief as a consequence became “that upon which a man is willing to act.” As a soldier on the edge of death, he proved to himself that he could face extinction with the grace and fortitude of those who had the support of a religion he had discarded. There was the dignity as well as the danger of arrogance in this aristocracy of doubt, but also, as Howe points out, “No discovery, in youth or maturity, had larger moment than that.”

Howe’s biography is of the stature of Holmes himself. Readers of this book will become participants in the making of greatness.