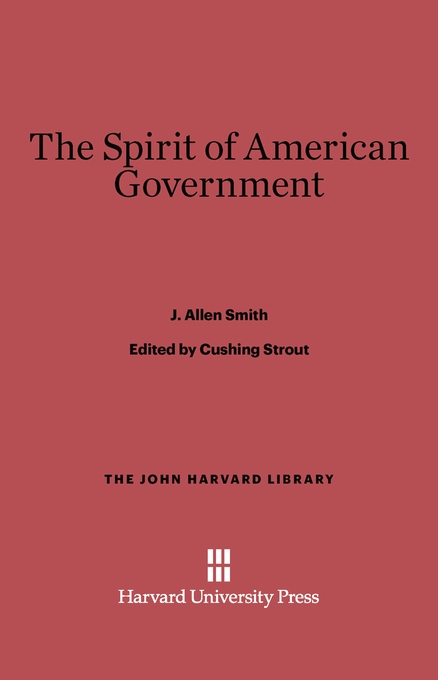 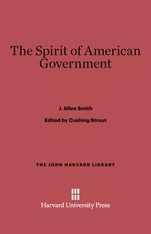 The Spirit of American Government

The first major American critique of the Founding Fathers and the Constitution, this book, originally published in 1907, became a powerful tract on behalf of the reform movement of the Progressives. Its vision of American history as a polar conflict between liberalism and conservatism flourished in American scholarship through much of the twentieth century, though modern reassessments of the influential work of Beard and Parrington, who further elaborated and extended J. Allen Smith’s conclusions, have neglected his pioneering contribution. The editor’s introduction and notes puts Smith’s thesis into its historical context and evaluate the merits of his case in the light of modern scholarship and politics.