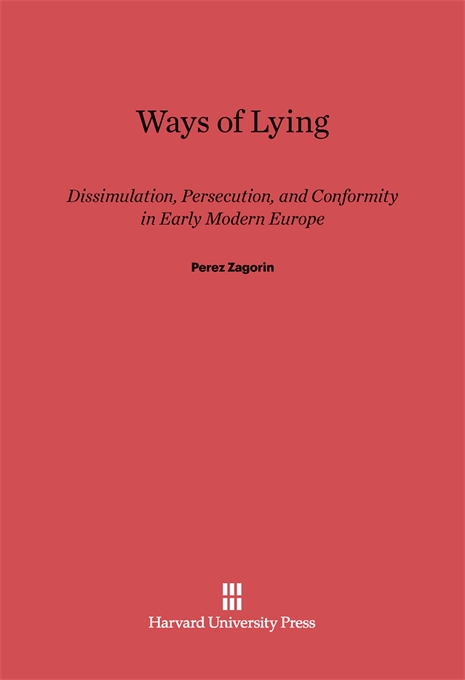 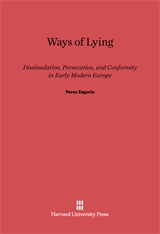 The religious persecution and intellectual intolerance of the sixteenth and seventeenth centuries compelled many heterodox groups and thinkers to resort to misdirection, hidden meaning, secrecy, and deceit. In this highly unusual interpretation, Perez Zagorin traces the theory and practice of religious leaders, philosophers, intellectuals, and men of letters who used deception to cloak dissident beliefs.

Zagorin surveys some of the chief sources of early modern doctrines of dissimulation in the Bible and the works of theologians from Jerome and Augustine to Erasmus, Luther, and Calvin. Subjects covered include Nicodemism, the name given by Calvin to secret Protestants who concealed their faith behind a facade of conformity to Catholic worship; crypto-Judaism in Spain; and the hidden beliefs of English Catholics. Other topics include the Catholic doctrine of mental reservation; the place of dissimulation in English Protestant casuistry; occultism; and dissimulation of religious unbelief among philosophers and men of letters. In charting the widespread phenomenon of lying and deceit and by exploring its evolutions, Perez Zagorin has made an important contribution to the historiography of an intellectually roiling and perilous time. He adds a vital dimension to our understanding of the religious, intellectual, and cultural history of the epoch before the modern. Lacey Baldwin Smith finds this hook “an impressive and scholarly work of cultural synthesis that coins a fresh label for the sixteenth and seventeenth centuries: the age of dissimulation. Zagorin’s efforts to compare and contrast Catholic and Protestant styles of dissimulation and Nicodemism are important, casting a new perspective and focus on the religious and intellectual dissent of the era.”