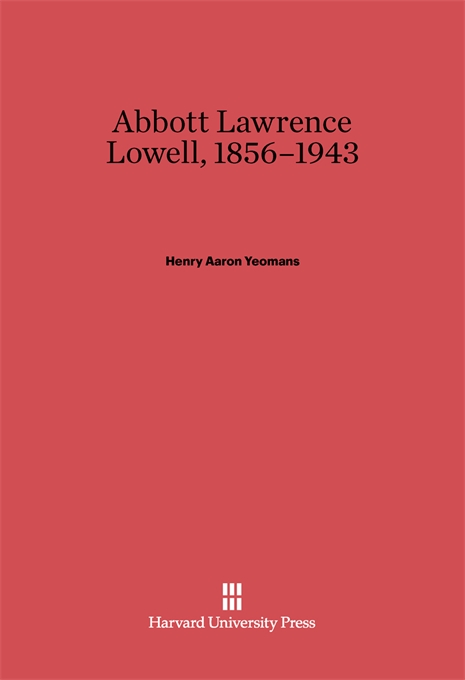 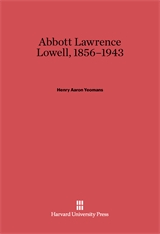 Abbott Lawrence Lowell’s stature as a man, a citizen, a publicist, and an educator grows with every passing year. This first biography, written by a man who was in close association with Lowell over almost half a century, draws a memorable portrait of his character against the background of the history of a leading University during thirty-five critical years. It includes the story of Lowell’s political activities in both foreign and domestic affairs; gives the dramatic history of Lowell’s services in connection with the prosecution of Sacco and Vanzetti; deals with his Presidency of Harvard University and with his manifold educational reforms; and describes his notable leadership in the cause of academic freedom of expression and the problems he faced in achieving his ends. Much of this book is based on Lowell’s private papers and on the archives of Harvard University, and it reads as authentic history. But, throughout, runs the personal thread of Lowell’s character—his energy, humor, impulsiveness tempered by shrewdness, his inheritance as an aristocratic and wealthy Bostonian and how he put it to work for what he thought to be the public good. It is a book for everyone—the biography of a public-spirited American.