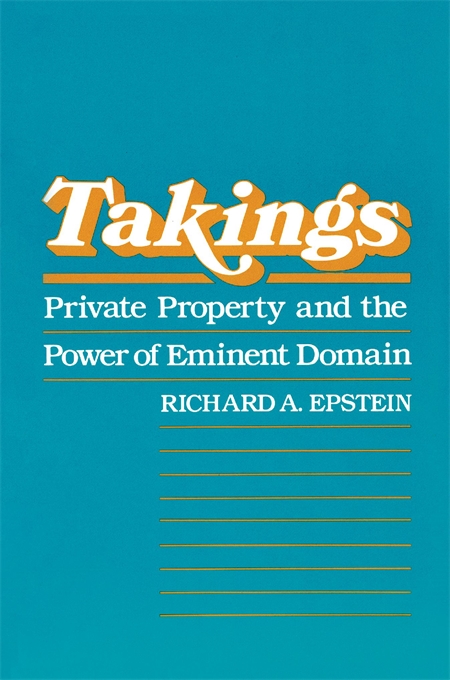 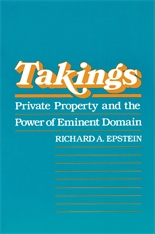 Private Property and the Power of Eminent Domain

If legal scholar Richard Epstein is right, then the New Deal is wrong, if not unconstitutional. Epstein reaches this sweeping conclusion after making a detailed analysis of the eminent domain, or takings, clause of the Constitution, which states that private property shall not be taken for public use without just compensation. In contrast to the other guarantees in the Bill of Rights, the eminent domain clause has been interpreted narrowly. It has been invoked to force the government to compensate a citizen when his land is taken to build a post office, but not when its value is diminished by a comprehensive zoning ordinance.

Epstein argues that this narrow interpretation is inconsistent with the language of the takings clause and the political theory that animates it. He develops a coherent normative theory that permits us to distinguish between permissible takings for public use and impermissible ones. He then examines a wide range of government regulations and taxes under a single comprehensive theory. He asks four questions: What constitutes a taking of private property? When is that taking justified without compensation under the police power? When is a taking for public use? And when is a taking compensated, in cash or in kind?

Zoning, rent control, progressive and special taxes, workers’ compensation, and bankruptcy are only a few of the programs analyzed within this framework. Epstein’s theory casts doubt upon the established view today that the redistribution of wealth is a proper function of government. Throughout the book he uses recent developments in law and economics and the theory of collective choice to find in the eminent domain clause a theory of political obligation that he claims is superior to any of its modern rivals.