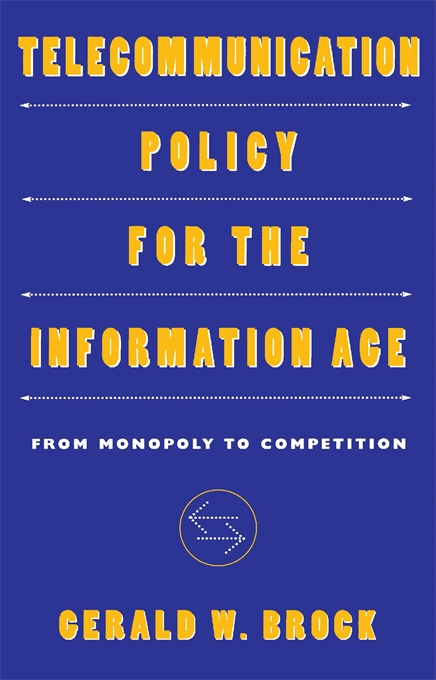 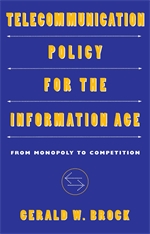 From Monopoly to Competition

“A factually rich analysis of telecommunication policymaking, Brock’s book is the first insider’s look at how policymakers struggled to mesh together economic efficiency, politics, markets, and technology to reach their goals--which often conflicted. After reading this carefully researched work by an outstanding academic who actually wound up in the fray, you will wonder how it was all accomplished.”—Mark S. Fowler, former Chairman, Federal Communications Commission

“I am aware of no work that treats the history of telephone regulation in the United States with such care, at such length, or so evenhandedly. Further, the book is not merely history but economic history, in the sense that the economic incentives giving rise to the behavior described are carefully explored, as are the economic consequences of each policy development.”—Bruce M. Owen, Journal of Economic Literature

“This is a clear, comprehensive, and brilliant analysis of the telecommunication policy process, since 1980, that has dealt with the transistion from monopoly to competition and is now reaching a climax in the pending Congressional legislation on the National Information Infrastructure.”—Henry Geller, former administrator, NTIA

“America’s choices of policy toward telecommunication triggered a revolutionary reorganization and gain in this sector’s efficiency, first in the United States, but prospectively worldwide. Brock’s book carefully traces the decentralized policymaking process that brought this revolution about. It advances the existing literature in many ways, notably in a clear and comprehensive analysis of the role of network externalities.”—Richard E. Caves