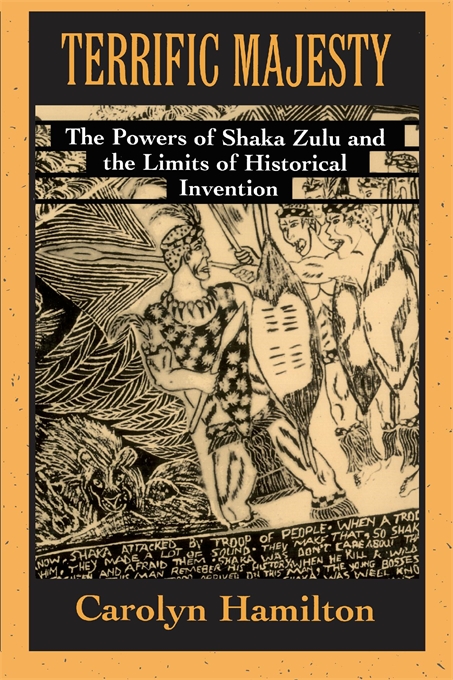 The Powers of Shaka Zulu and the Limits of Historical Invention

Since his assassination in 1828, King Shaka Zulu—founder of the powerful Zulu kingdom and leader of the army that nearly toppled British colonial rule in South Africa—has made his empire in popular imaginations throughout Africa and the West. Shaka is today the hero of Zulu nationalism, the centerpiece of Inkatha ideology, a demon of apartheid, the namesake of a South African theme park, even the subject of a major TV film.

Terrific Majesty explores the reasons for the potency of Shaka’s image, examining the ways it has changed over time—from colonial legend, through Africanist idealization, to modern cultural icon. This study suggests that “tradition” cannot be freely invented, either by European observers who recorded it or by subsequent African ideologues. There are particular historical limits and constraints that operate on the activities of invention and imagination and give the various images of Shaka their power. These insights are illustrated with subtlety and authority in a series of highly original analyses.

Terrific Majesty is an exceptional work whose special contribution lies in the methodological lessons it delivers; above all its sophisticated rehabilitation of colonial sources for the precolonial period, through the demonstration that colonial texts were critically shaped by indigenous African discourse. With its sensitivity to recent critical studies, the book will also have a wider resonance in the fields of history, anthropology, cultural studies, and postcolonial literature.