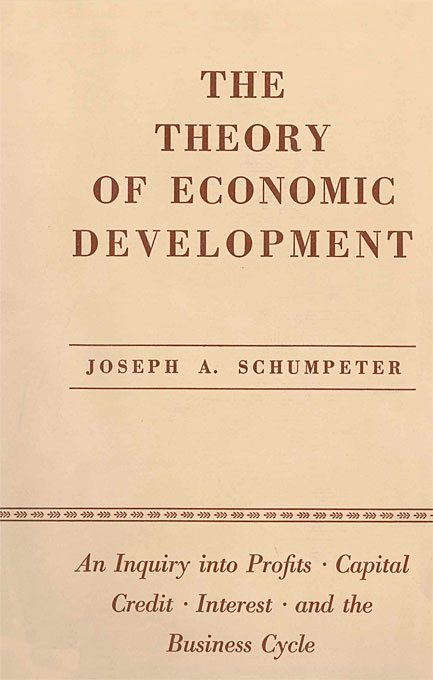 The Theory of Economic Development

An Inquiry into Profits, Capital, Credit, Interest, and the Business Cycle

Joseph A. Schumpeter proclaims in this classical analysis of capitalist society first published in 1911 that economics is a natural self-regulating mechanism when undisturbed by “social and other meddlers.” Despite weaknesses, he argues, theories are based on logic and provide structure for understanding fact. He proceeds to demonstrate that there are underlying principles in the phenomena of money, credit, and entrepreneurial profit that complement his earlier theories of interest and the business cycle.

An early champion of entrepreneurial profit, Schumpeter argues that in a developing economy where an innovation prompts a new business to replace the old (a process Schumpeter later called “Creative Destruction”), booms and recessions are, in fact, inevitable and cannot be removed or corrected without thwarting the creation of new wealth through innovation.