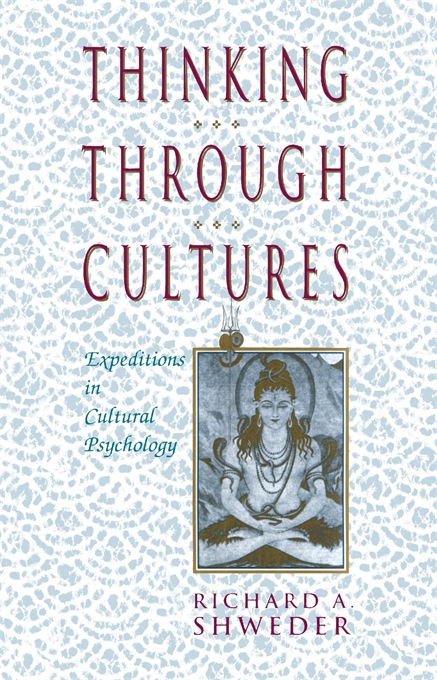 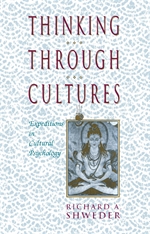 A discipline is emerging called cultural psychology; it will serve as a force of renewal for both anthropology and psychology. In this book Richard Shweder presents its manifesto. Its central theme is that we have to understand the way persons, cultures, and natures make each other up. Its goal is to seek the mind indissociably embedded in the meanings and resonances that are both its product and its components.

Over the past thirty years the person as a category has disappeared from ethnography. Shweder aims to reverse this trend, focusing on the search for meaning and the creation of intentional worlds. He examines the prospect for a reconciliation of rationality and relativism and defines an intellectual agenda for cultural psychology.

What Shweder calls for is an exploration of the human mind, and of one’s own mind, by thinking through the ideas and practices of other peoples and their cultures. He examines evidence of cross-cultural similarities and differences in mind, self, emotion, and morality with special reference to the cultural psychology of a traditional Hindu temple town in India, where he has done considerable work in comparative anthropology. And he critiques the concept of the “person” implicit in Western social science, as well as psychiatric theories of the “subject.” He maintains that it will come as no surprise to cultural psychology if it should turn out that there are different psychological generalizations or “nomological networks”—a Hindu psychology, a Protestant psychology—appropriate for the different semiotic regions of the world. Shweder brings the news that God is alive not dead, but that there are many gods.