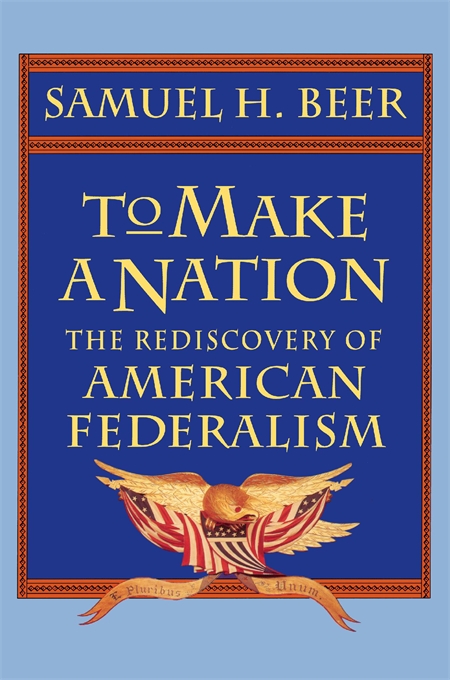 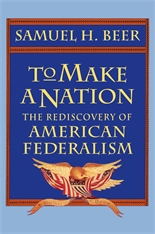 To Make a Nation

The Rediscovery of American Federalism

Lyndon Johnson heralded a “new federalism,” as did Ronald Reagan. It was left to the public to puzzle out what such a proclamation, coming from both ends of the political spectrum, could possibly mean. Of one thing we can be certain: theories of federalism, in whatever form they take, are still shaping our nation. The origin of these theories—what they meant to history and how they apply today—becomes clear in this book by one of our most distinguished writers on political thought.

The great English republicans of the seventeenth century appear in this story along with their American descendants, who took the European idea of a federal republic and recast it as new and unique. Samuel Beer’s extraordinary knowledge of European political thought, displayed especially in discussions of Thomas Aquinas and James Harrington, allows him to show at every turn the historical precedents and the originality of American federalism in theory and practice. In deft comparisons with Hume, Burke, Blackstone, and Montesquieu, the familiar figures of Madison and Hamilton emerge with new substance and depth, while some who would seem fully known by now, such as Ben Franklin, reveal unsuspected dimensions, and others, such as James Wilson, are lifted from obscurity.

Beer uses this history to highlight the contrast between the nation-centered federalism of the framers of the Constitution and the state-centered federalism of its opponents. His concern is not only with historical origins but, more important, with a conflict of ideas which reaches far into our history and continues on to this day. The result is the clearest articulation ever given of the provenance and purpose of the ideas of nationalism and federalism in American political philosophy. A masterpiece of historical and political analysis, this book provides an innovative interpretive framework for understanding democracy and the American Constitution.