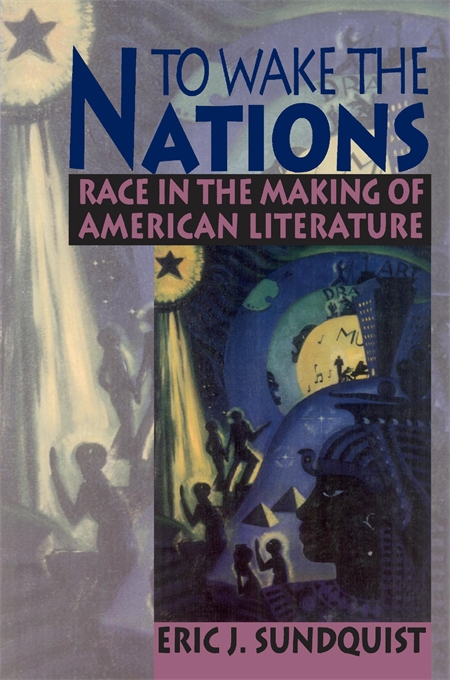 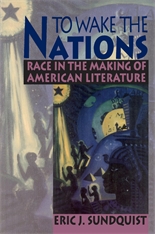 To Wake the Nations

Race in the Making of American Literature

This powerful book argues that white culture in America does not exist apart from black culture. The revolution of the rights of man that established this country collided long ago with the system of slavery, and we have been trying to reestablish a steady course for ourselves ever since. To Wake the Nations is urgent and rousing: we have integrated our buses, schools, and factories, but not the canon of American literature. That is the task Eric Sundquist has assumed in a book that ranges from politics to literature, from Uncle Remus to African American spirituals. But the hallmark of this volume is a sweeping reevaluation of the glory years of American literature—from 1830 to 1930—that shows how white literature and black literature form a single interwoven tradition.

By examining African America’s contested relation to the intellectual and literary forms of white culture, Sundquist reconstructs the main lines of American literary tradition from the decades before the Civil War through the early twentieth century. An opening discussion of Nat Turner’s “Confessions,” recorded by a white man, Thomas Gray, establishes a paradigm for the complexity of meanings that Sundquist uncovers in American literary texts. Focusing on Frederick Douglass’s autobiographical books, Herman Melville’s Benito Cereno, Martin Delany’s novel Blake; or the Huts of America, Mark Twain’s Pudd’nhead Wilson, Charles Chesnutt’s fiction, and W. E. B. Du Bois’s The Souls of Black Folk and Darkwater, Sundquist considers each text against a rich background of history, law, literature, politics, religion, folklore, music, and dance. These readings lead to insights into components of the culture at large: slavery as it intersected with postcolonial revolutionary ideology; literary representations of the legal and political foundations of segregation; and the transformation of elements of African and antebellum folk consciousness into the public forms of American literature.