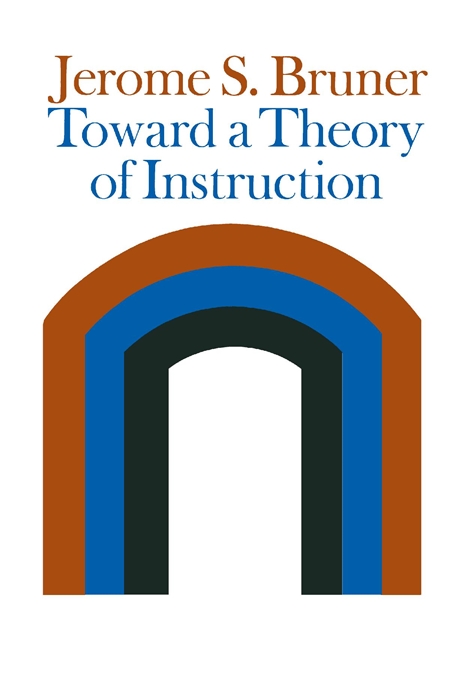 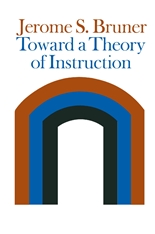 Toward a Theory of Instruction

This country’s most challenging writer on education presents here a distillation, for the general reader, of half a decade’s research and reflection. His theme is dual: how children learn, and how they can best be helped to learn—how they can be brought to the fullest realization of their capacities.

Jerome Bruner, Harper’s reports, has “stirred up more excitement than any educator since John Dewey.” His explorations into the nature of intellectual growth and its relation to theories of learning and methods of teaching have had a catalytic effect upon educational theory. In this new volume the subjects dealt with in The Process of Education are pursued further, probed more deeply, given concrete illustration and a broader context.

“One is struck by the absence of a theory of instruction as a guide to pedagogy,” Mr. Bruner observes; “in its place there is principally a body of maxims.” The eight essays in this volume, as varied in topic as they are unified in theme, are contributions toward the construction of such a theory. What is needed in that enterprise is, inter alia, “the daring and freshness of hypotheses that do not take for granted as true what has merely become habitual,” and these are amply evidenced here.

At the conceptual core of the book is an illuminating examination of how mental growth proceeds, and of the ways in which teaching can profitably adapt itself to that progression and can also help it along. Closely related to this is Mr. Bruner’s “evolutionary instrumentalism,” his conception of instruction as the means of transmitting the tools and skills of a culture, the acquired characteristics that express and amplify man’s powers—especially the crucial symbolic tools of language, number, and logic. Revealing insights are given into the manner in which language functions as an instrument of thought.

The theories presented are anchored in practice, in the empirical research from which they derive and in the practical applications to which they can be put. The latter are exemplified incidentally throughout and extensively in detailed descriptions of two courses Mr. Bruner has helped to construct and to teach—an experimental mathematics course and a multifaceted course in social studies. In both, the students’ encounters with the material to be mastered are structured and sequenced in such a way as to work with, and to reinforce, the developmental process.

Written with all the style and élan that readers have come to expect of Mr. Bruner, Toward a Theory of Instruction is charged with the provocative suggestions and inquiries of one of the great innovators in the field of education.