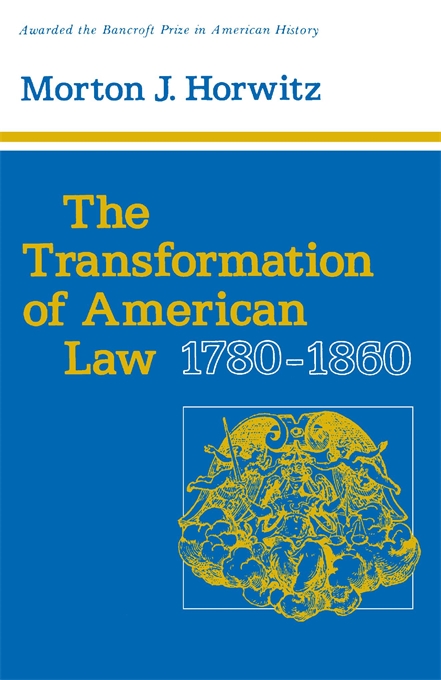 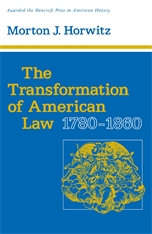 In a remarkable book based on prodigious research, Morton J. Horwitz offers a sweeping overview of the emergence of a national (and modern) legal system from English and colonial antecedents. He treats the evolution of the common law as intellectual history and also demonstrates how the shifting views of private law became a dynamic element in the economic growth of the United States.

Horwitz’s subtle and sophisticated explanation of societal change begins with the common law, which was intended to provide justice for all. The great breakpoint came after 1790 when the law was slowly transformed to favor economic growth and development. The courts spurred economic competition instead of circumscribing it. This new instrumental law flourished as the legal profession and the mercantile elite forged a mutually beneficial alliance to gain wealth and power.

The evolving law of the early republic interacted with political philosophy, Horwitz shows. The doctrine of laissez-faire, long considered the cloak for competition, is here seen as a shield for the newly rich. By the 1840s the overarching reach of the doctrine prevented further distribution of wealth and protected entrenched classes by disallowing the courts very much power to intervene in economic life.

This searching interpretation, which connects law and the courts to the real world, will engage historians in a new debate. For to view the law as an engine of vast economic transformation is to challenge in a stunning way previous interpretations of the eras of revolution and reform.