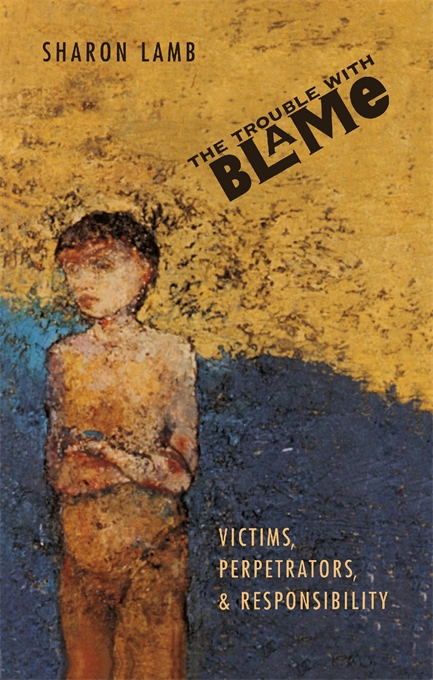 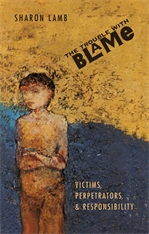 The Trouble with Blame

“Sharon Lamb is an academic and clinical psychologist whose impressive book The Trouble with Blame will be invaluable to philosophers. Lamb engages the politically charged topic of victimization in the context of sexual abuse, domestic physical abuse, and rape (including date rape). She brings together an extraordinary amount of empirical and theoretical material on these matters. At the same time, Lamb’s own argument is extremely interesting in its own right, and is set in an overall context informed by philosophical writers on these topics (such as Dennett, Kekes, Hampton, Jeffrie Murphy, Robert Adams). Finally, The Trouble with Blame is exceptionally well written and free of jargon… Lamb stakes out a very subtle and nuanced feminist position on the concrete issues of sexual victimization, as well as on the more philosophical terrain of free will and determinism. Philosophers, and anyone interested in either of these two sorts of concerns, would do well to avail themselves of the riches of The Trouble with Blame. Would that more philosophers and psychologists were so engaged with one anothers’ disciplines.”—Lawrence Blum, Ethics

“Lamb does not simply dismiss the claims of victimhood. Instead she offers a discernment about the meaning of victimage and sets forth criteria for making judgments about claims by those who may always blame others. But perpetrators do not get off lightly; in fact, they do not get off at all. Lamb studies the dialectic of innocence and guilt, and the charge and receipt of a charge, in the victim–perpetrator duality. The refreshing energies in this book reveal what too-frequnt claims of victimage do to license perpetrators.”—The Christian Century

“For Lamb…the knotty criminal-justice problems of sexual assault, domestic battery and rape do not parse neatly into categories of guilt and innocence, right and wrong, good and evil. Instead she sees those crises as surface echoes of profound social and gender dynamics, as unhappy outcomes to which both parties contribute… [A] brisk, sharply written essay… [Lamb offers] a sophisticated position that takes some time to digest, but in the end it makes an enormous amount of sense. Lamb has written a book that uniquely captures her twin senses of sympathy and rectitude—a combination our prison-happy lawmakers would do well to ponder.”—Paul Reidinger, ABA Journal

“The Trouble with Blame is a thoughtful attempt to resolve an important issue.”—Joel Best, Criminal Justice Review

“A refreshing and courageous feminist excursion that faces the complex dilemmas which occur when perpetration and victimization are simultaneously examined.”—Feminism & Psychology

“ [Lamb] probes the relationship between victim and perpetrators and argues that contemporary stories of abuse, incest, rape and battering make it harder to ascertain absolute guilt and innocence, forcing a rethink of the concept of blame.”—Victim Support Magazine