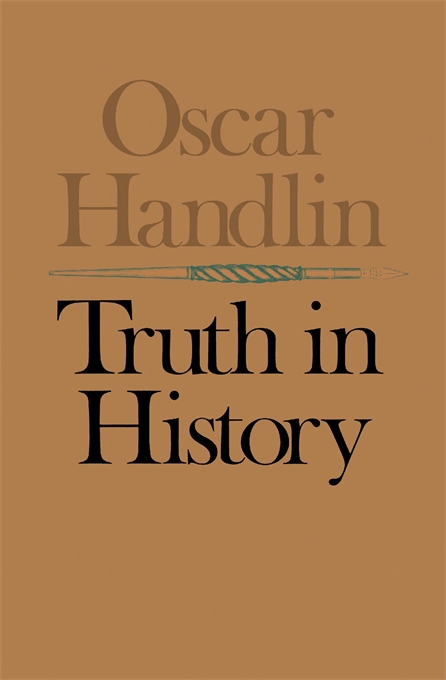 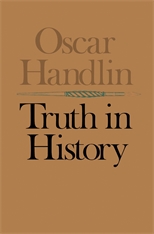 One of the most eminent historians of our time offers here a perceptive guide to the study of history. Truth in History teaches how to read, how to analyze, how to discriminate. It is as helpful to the reader whose history is created daily in the news as it is to the professional historian whose field is in a crisis of disarray.

A Pulitzer Prize winner and mentor for more than a generation of American historians, Oscar Handlin instructs his readers in the fundamentals of his field. He tells us how to deal with evidence, how to discern patterns amid flux, how to situate ourselves in history, and how to recognize where fact shades subtly into opinion. He combines a historian’s knowledge with a historiographer’s breadth and a philosopher’s temperament. He is concerned with a historian’s limitations and with the ways one can operate honestly within those limitations. He brings a full appreciation of the past to his evaluation of what is modern. And while carefully examining recent developments in his discipline, he culls genuine achievements from the trends that confuse originality with true worth.

Handlin everywhere enlivens his discussion with brilliant details. As he pursues broad definitions of history and its uses, he also attends to specific subjects, showing how they bear directly on each other and on his concerns. He deals with Populism, capitalism, laissez-faire, the two-party system, the New History, ethnicity, and roots, treating all with the flair of an accomplished man of letters. Only a scholar of Handlin’s experience and expertise could have brought such a wealth of particular facts to an issue of such general importance: truth in history.