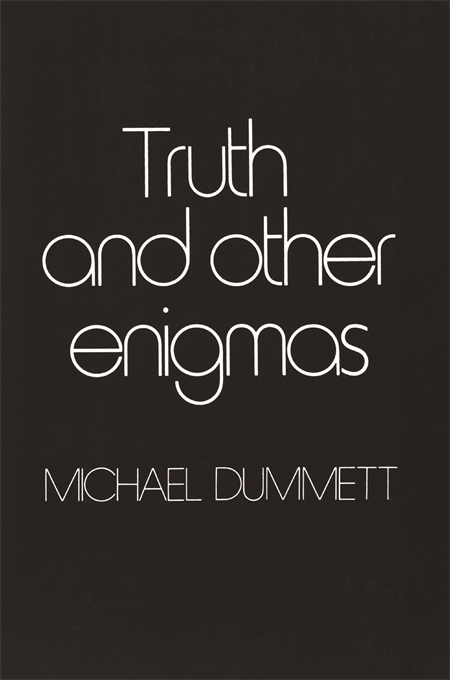 Truth and Other Enigmas

This collection of Michael Dummett’s philosophical essays, spanning more than twenty years, ranges in topic from time to the philosophy of mathematics, but is unified by a steady philosophical outlook. The essays are, in one way or another, informed by Dummett’s concern with metaphysical questions and his belief that the correct approach to them is via the theory of meaning. Reflected here is Dummett’s conviction that the concept of truth is of central importance both for the theory of meaning and for metaphysics. As he sees it, an adequate elucidation of the concept of truth requires nothing less than the construction of a satisfactory theory of meaning. At the same time, resolution of the traditional problems of metaphysics turns critically upon the way in which the concept of truth applies to each of various large ranges of statements, and especially upon whether the statements in each such range satisfy the principle that every statement must be true or false.

The book includes all Dummett’s philosophical essays that were published or given as public lectures before August 1976, with the exception of a few he did not think it worthwhile to reprint and of the two entitled “What Is a Theory of Meaning?” One essay appears here for the first time in English and two have not been previously published. In an extensive preface, Dummett comments on the essays and seeks to relate them to the philosophical background against which they were written.