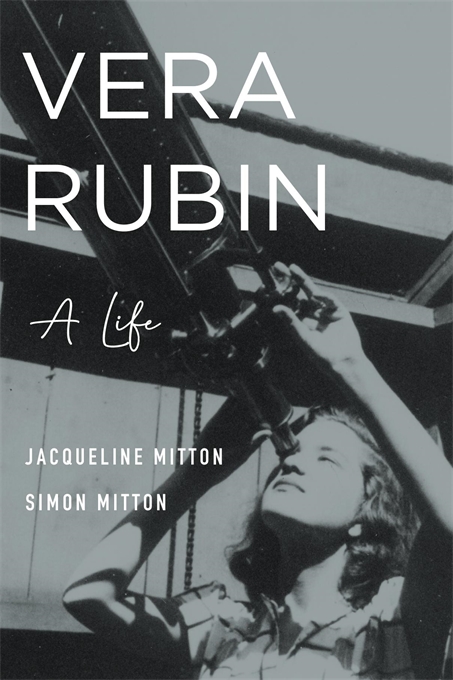 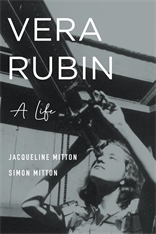 The first biography of a pioneering scientist who made significant contributions to our understanding of dark matter and championed the advancement of women in science.

One of the great lingering mysteries of the universe is dark matter. Scientists are not sure what it is, but most believe it’s out there, and in abundance. The astronomer who finally convinced many of them was Vera Rubin. When Rubin died in 2016, she was regarded as one of the most influential astronomers of her era. Her research on the rotation of spiral galaxies was groundbreaking, and her observations contributed significantly to the confirmation of dark matter, a most notable achievement.

In Vera Rubin: A Life, prolific science writers Jacqueline Mitton and Simon Mitton provide a detailed, accessible overview of Rubin’s work, showing how she leveraged immense curiosity, profound intelligence, and novel technologies to help transform our understanding of the cosmos. But Rubin’s impact was not limited to her contributions to scientific knowledge. She also helped to transform scientific practice by promoting the careers of women researchers. Not content to be an inspiration, Rubin was a mentor and a champion. She advocated for hiring women faculty, inviting women speakers to major conferences, and honoring women with awards that were historically the exclusive province of men.

Rubin’s papers and correspondence yield vivid insights into her life and work, as she faced down gender discrimination and met the demands of family and research throughout a long and influential career. Deftly written, with both scientific experts and general readers in mind, Vera Rubin is a portrait of a woman with insatiable curiosity about the universe who never stopped asking questions and encouraging other women to do the same.