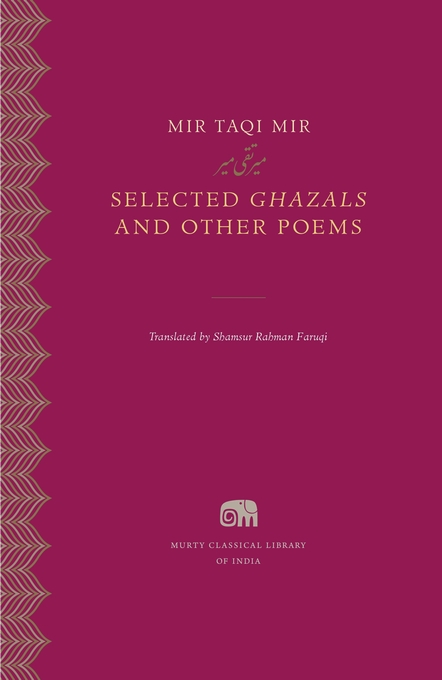 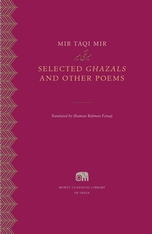 Selected Ghazals and Other Poems

Mir Muhammad Taqi Mir (1723–1810) is widely regarded as the most accomplished poet in the Urdu language. His massive output—six divans—was produced in Delhi and Lucknow during the high tide of Urdu literary culture.

Selected Ghazals and Other Poems offers a comprehensive collection of Mir’s finest ghazals, extended lyrics composed of couplets, and of his masnavis, narrative works of a romantic or didactic character. The ghazals celebrate earthly and mystical love through subtle wordplay, vivid descriptions of the beloved, and a powerful individual voice. The sometimes satirical masnavis highlight everyday subjects: domestic pets, monsoon rains, the rigors of travel. They also include two astonishing love stories: one about young men whose relationship is shattered when one marries; the other about a queen, her peacock lover, and the jealous king who seeks to drive them apart.

The Urdu text, presented here in the Nastaliq script, accompanies new translations of Mir’s poems, some appearing in English for the first time.