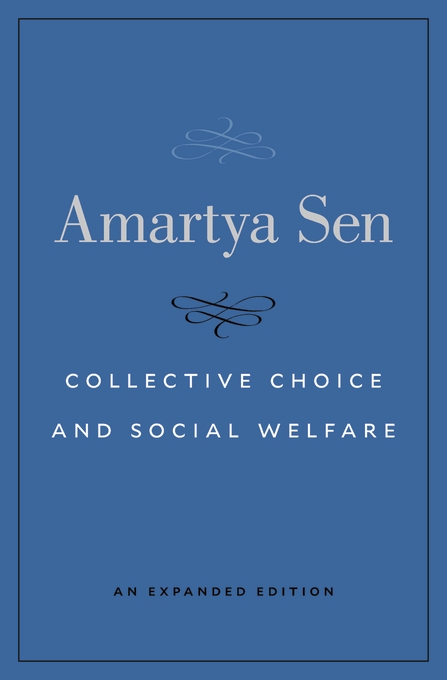 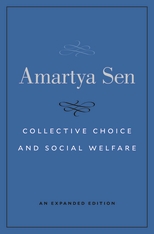 “Can the values which individual members of society attach to different alternatives be aggregated into values for society as a whole, in a way that is both fair and theoretically sound? Is the majority principle a workable rule for making decisions? How should income inequality be measured? When and how can we compare the distribution of welfare in different societies?” So reads the 1998 Nobel citation by the Swedish Academy, acknowledging Amartya Sen’s important contributions in welfare economics and particularly his work in Collective Choice and Social Welfare.

Originally published in 1970, this classic study has been recognized for its groundbreaking role in integrating economics and ethics, and for its influence in opening up new areas of research in social choice, including aggregative assessment. It has also had a large influence on international organizations, including the United Nations, notably in its work on human development. The book showed that the “impossibility theorems” in social choice theory—led by the pioneering work of Kenneth Arrow—do not negate the possibility of reasoned and democratic social choice.

Sen’s ideas about social choice, welfare economics, inequality, poverty, and human rights have continued to evolve since the book’s first appearance. This expanded edition preserves the text of the original while presenting eleven new chapters of fresh arguments and results. Both the new and original chapters alternate between nonmathematical treatments of Sen’s subjects, accessible to all, and mathematical arguments and proofs. A new introduction gives a far-reaching, up-to-date overview of the subject of social choice.