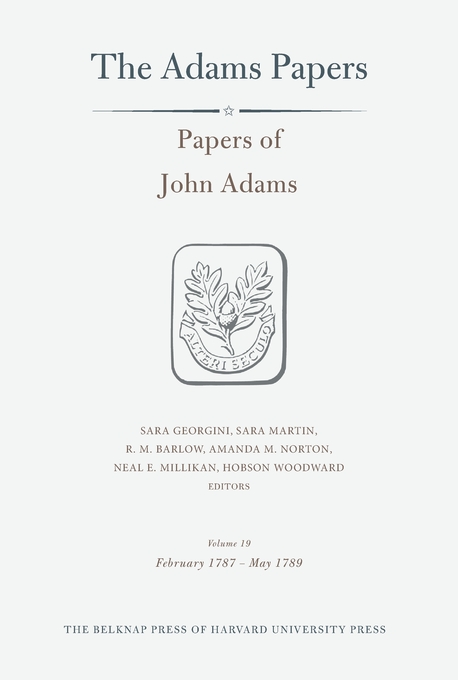 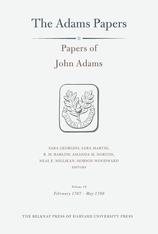 “Huzza for the new World and farewell to the Old One,” John Adams wrote in late 1787, wrapping up a decade’s worth of diplomatic service in Europe. Volume 19 of the Papers of John Adams chronicles Adams’s last duties in London and The Hague. In the twenty-eight months documented here, he petitioned the British ministry to halt impressment of American sailors, toured the English countryside, and observed parliamentary politics. Adams salvaged U.S. credit by contracting two new Dutch loans amid the political chaos triggered by William V’s resurgence. Correspondents like Thomas Jefferson and the Marquis de Lafayette mulled over the Anglo–American trade war that followed the Revolution and reported on the French Assembly of Notables—topics that Adams commented on with trademark candor. He wrote the final two volumes of his work, A Defence of the Constitutions of Government of the United States of America.

Adams yearned to return home and see the American republic take shape. “For a Man who has been thirty Years rolling like a stone,” Adams wrote, the choice was whether to “set down in private Life to his Plough; or push into turbulent scenes of Sedition and Tumult; whether be sent to Congress, or a Convention or God knows what.” Back on his native soil of Massachusetts in June 1788, Adams settled into rural retirement with wife Abigail and watched the U.S. Constitution’s ratification evolve. By volume’s end, John Adams again resumes public life, ready to serve as America’s first vice president.