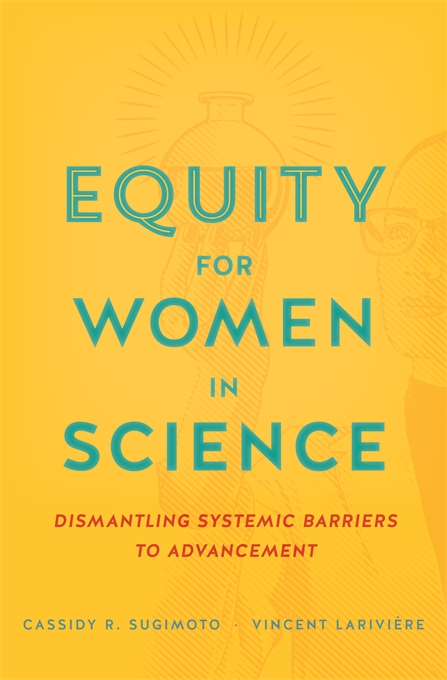 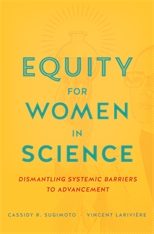 Equity for Women in Science

The first large-scale empirical analysis of the gender gap in science, showing how the structure of scientific labor and rewards—publications, citations, funding—systematically obstructs women’s career advancement.

If current trends continue, women and men will be equally represented in the field of biology in 2069. In physics, math, and engineering, women should not expect to reach parity for more than a century. The gender gap in science and technology is narrowing, but at a decidedly unimpressive pace. And even if parity is achievable, what about equity?

Equity for Women in Science, the first large-scale empirical analysis of the global gender gap in science, provides strong evidence that the structures of scientific production and reward impede women’s career advancement. To make their case, Cassidy R. Sugimoto and Vincent Larivière have conducted scientometric analyses using millions of published papers across disciplines. The data show that women are systematically denied the chief currencies of scientific credit: publications and citations. The rising tide of collaboration only exacerbates disparities, with women unlikely to land coveted leadership positions or gain access to global networks. The findings are unequivocal: when published, men are positioned as key contributors and women are relegated to low-visibility technical roles. The intersecting disparities in labor, reward, and resources contribute to cumulative disadvantages for the advancement of women in science.

Alongside their eye-opening analyses, Sugimoto and Larivière offer solutions. The data themselves point the way, showing where existing institutions fall short. A fair and equitable research ecosystem is possible, but the scientific community must first disrupt its own pervasive patterns of gatekeeping.