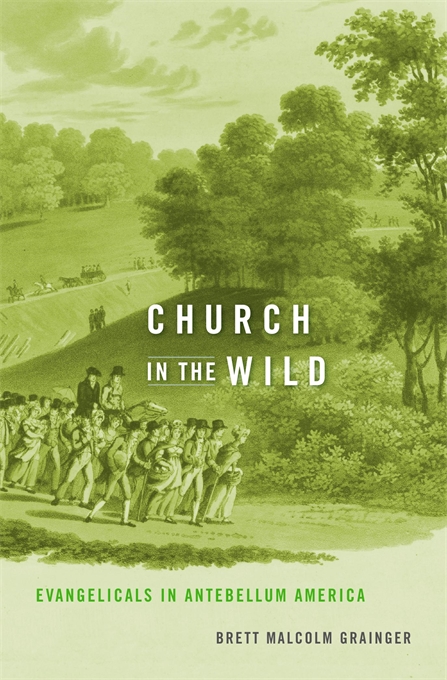 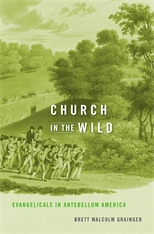 Church in the Wild

A religious studies scholar argues that in antebellum America, evangelicals, not Transcendentalists, connected ordinary Americans with their spiritual roots in the natural world.

We have long credited Emerson and his fellow Transcendentalists with revolutionizing religious life in America and introducing a new appreciation of nature. Breaking with Protestant orthodoxy, these New Englanders claimed that God could be found not in church but in forest, fields, and streams. Their spiritual nonconformity had thrilling implications but never traveled far beyond their circle. In this essential reconsideration of American faith in the years leading up to the Civil War, Brett Malcolm Grainger argues that it was not the Transcendentalists but the evangelical revivalists who transformed the everyday religious life of Americans and spiritualized the natural environment.

Evangelical Christianity won believers from the rural South to the industrial North: this was the true popular religion of the antebellum years. Revivalists went to the woods not to free themselves from the constraints of Christianity but to renew their ties to God. Evangelical Christianity provided a sense of enchantment for those alienated by a rapidly industrializing world. In forested camp meetings and riverside baptisms, in private contemplation and public water cures, in electrotherapy and mesmerism, American evangelicals communed with nature, God, and one another. A distinctive spirituality emerged that paired personal piety with a mystical relationship to nature.

As Church in the Wild reveals, the revivalist attitude toward nature and the material world, which echoed that of Catholicism, spread like wildfire among Christians of all backgrounds during the years leading up to the Civil War.