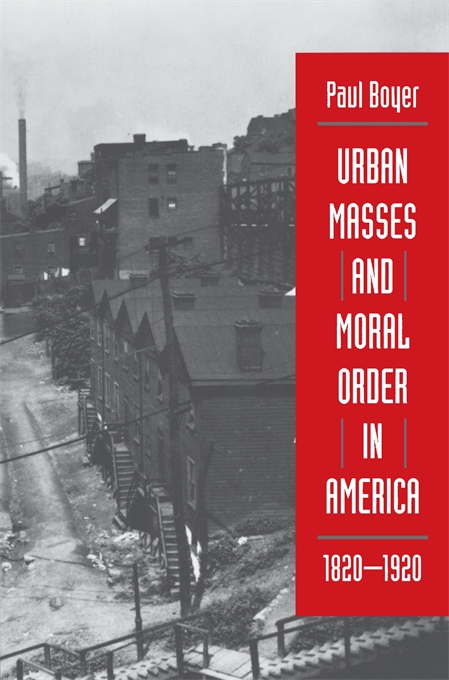 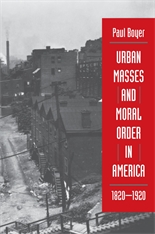 For over a century, dark visions of moral collapse and social disintegration in American cities spurred an anxious middle class to search for ways to restore order. In this important book, Paul Boyer explores the links between the urban reforms of the Progressive era and the long efforts of prior generations to tame the cities. He integrates the ideologies of urban crusades with an examination of the careers and the mentalities of a group of vigorous activists, including Lyman Beecher; the pioneers of the tract societies and Sunday schools; Charles Loring Brace of the Children’s Aid Society; Josephine Shaw Lowell of the Charity Organization movement; the father of American playgrounds, Joseph Lee; and the eloquent city planner Daniel Hudson Burnham.

Boyer describes the early attempts of Jacksonian evangelicals to recreate in the city the social equivalent of the morally homogeneous village; he also discusses later strategies that tried to exert a moral influence on urban immigrant families by voluntarist effort, including, for instance, the Charity Organizations’ “friendly visitors.” By the 1890s there had developed two sharply divergent trends in thinking about urban planning and social control: the bleak assessment that led to coercive strategies and the hopeful evaluation that emphasized the importance of environmental betterment as a means of urban moral control.