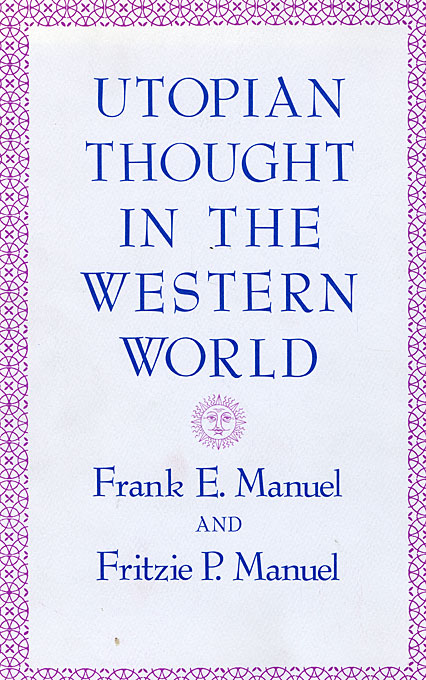 Utopian Thought in the Western World

This masterly study has a grand sweep. It ranges over centuries, with a long look backward over several millennia. Yet the history it unfolds is primarily the story of individuals: thinkers and dreamers who envisaged an ideal social order and described it persuasively, leaving a mark on their own and later times.

The roster of utopians includes men of all stripes in different countries and eras—figures as disparate as More and Fourier, the Marquis de Sade and Edward Bellamy, Rousseau and Marx. Fascinating character studies of the major figures are among the delights of the book.

Utopian writings run the gamut from fictional narratives to theoretical treatises, from political manifestos to constitutions for a new society. Frank and Fritzie P. Manuel have structured five centuries of utopian invention by identifying successive constellations, groups of thinkers joined by common social and moral concerns. Within this framework they analyze individual writings, in the context of the author’s life and of the socio-economic, religious, and political exigencies of his time. Concentrating on innovative works, they highlight disjunctures as well as continuities in utopian thought from the Renaissance through the twentieth century.

Witty and erudite, challenging in its interpretations and provocative in the questions it poses, the Manuels’ anatomy of utopia is an adventure in ideas.