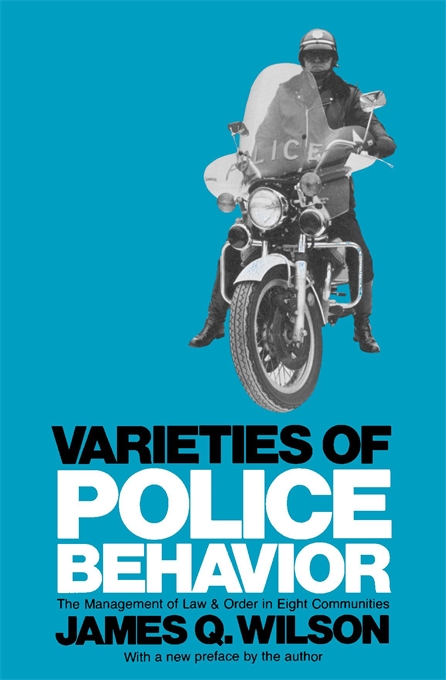 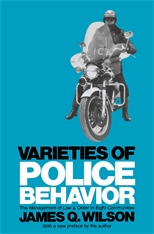 The Management of Law and Order in Eight Communities, With a New Preface by the Author

The patrolman has the most difficult, complex, and least understood task in the police department. Much less is known of him than of his better publicized colleague, the detective. In this important and timely book, James Q. Wilson describes the patrolman and the problems he faces that arise out of constraints imposed by law, politics, public opinion, and the expectations of superiors.

The study considers how the uniformed officer in eight communities deals with such common offenses as assault, theft, drunkenness, vice, traffic, and disorderly conduct. Six of the communities are in New York State: Albany, Amsterdam, Brighton, Nassau County, Newburgh, and Syracuse. The others are Highland Park, Illinois, and Oakland, California.Enforcing laws dealing with common offenses is especially difficult because it raises the question of administrative discretion. Murder, in the eyes of the police, is unambiguously wrong, and murderers are accordingly arrested; but in cases such as street-corner scuffles or speeding motorists, the patrolman must decide whether to intervene (should the scuffle be stopped? should the motorist be pulled over?) and, if he does, just how to intervene (by arrest? a warning? an interrogation?). In most large organizations, the lowest-ranking members perform the more routinized tasks and the means of accomplishing these tasks are decided by superiors, but in a police department the lowest-ranking officer—the patrolman—is almost solely responsible for enforcing those laws which are the least precise, the most ambiguous. Three ways or “styles” of policing—the watchman, the legalistic, and the service styles—are analyzed and their relation to local politics is explored.

In the final chapter, Mr. Wilson discusses if and how the patrolman’s behavior can be changed and examines some current proposals for reorganizing police departments. He observes that the ability of the patrolman to do his job well may determine our success in managing social conflict and our prospects for maintaining a proper balance between liberty and order.