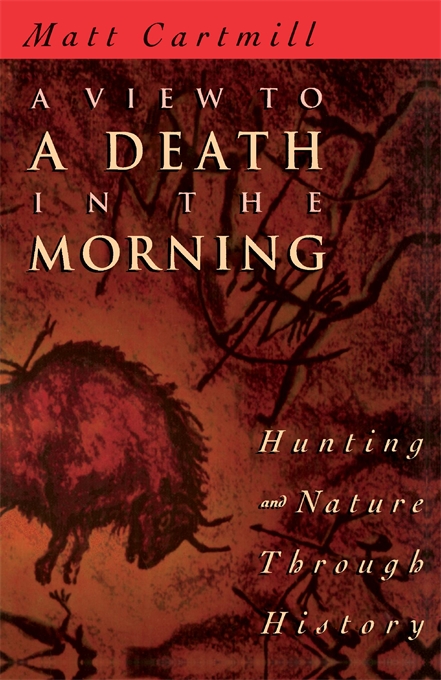 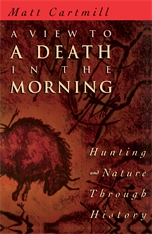 A View to a Death in the Morning

Hunting and Nature Through History

What brought the ape out of the trees, and so the man out of the ape, was a taste for blood. This is how the story went, when a few fossils found in Africa in the 1920s seemed to point to hunting as the first human activity among our simian forebears—the force behind our upright posture, skill with tools, domestic arrangements, and warlike ways. Why, on such slim evidence, did the theory take hold? In this engrossing book Matt Cartmill searches out the origins, and the strange allure, of the myth of Man the Hunter. An exhilarating foray into cultural history, A View to a Death in the Morning shows us how hunting has figured in the western imagination from the myth of Artemis to the tale of Bambi—and how its evolving image has reflected our own view of ourselves.

A leading biological anthropologist, Cartmill brings remarkable wit and wisdom to his story. Beginning with the killer-ape theory in its post–World War II version, he takes us back through literature and history to other versions of the hunting hypothesis. Earlier accounts of Man the Hunter, drafted in the Renaissance, reveal a growing uneasiness with humanity’s supposed dominion over nature. By delving further into the history of hunting, from its promotion as a maker of men and builder of character to its image as an aristocratic pastime, charged with ritual and eroticism, Cartmill shows us how the hunter has always stood between the human domain and the wild, his status changing with cultural conceptions of that boundary.

Cartmill’s inquiry leads us through classical antiquity and Christian tradition, medieval history, Renaissance thought, and the Romantic movement to the most recent controversies over wilderness management and animal rights. Modern ideas about human dominion find their expression in everything from scientific theories and philosophical assertions to Disney movies and sporting magazines. Cartmill’s survey of these sources offers fascinating insight into the significance of hunting as a mythic metaphor in recent times, particularly after the savagery of the world wars reawakened grievous doubts about man’s place in nature.

A masterpiece of humanistic science, A View to a Death in the Morning is also a thoughtful meditation on what it means to be human, to stand uncertainly between the wilderness of beast and prey and the peaceable kingdom. This richly illustrated book will captivate readers on every side of the dilemma, from the most avid hunters to their most vehement opponents to those who simply wonder about the import of hunting in human nature.