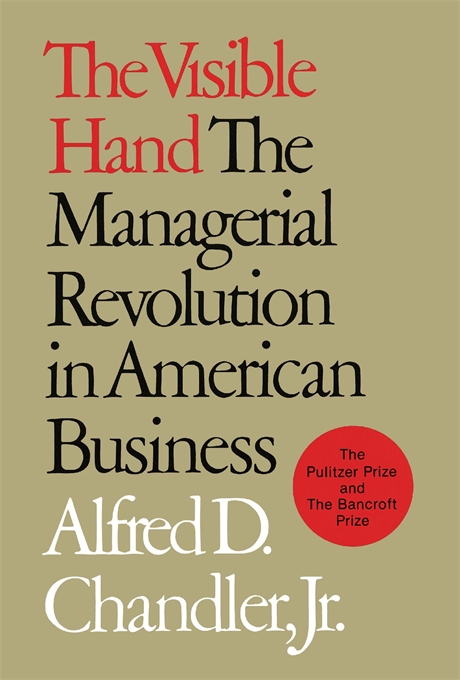 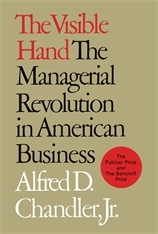 The Managerial Revolution in American Business

“The Visible Hand is a revolutionary work. Business history in the past was largely about entrepreneurs—either as ‘robber barons’ or ‘industrial statesmen.’ Chandler shifts the spotlight from the promoters to the managers… The Visible Hand is a superb book—a triumph of creative synthesis.”—The New Republic

“Chandler’s book is a major contribution to economics, as well as to business history, because it provides powerful insights into the ways in which the imperatives of capitalism shaped at least one aspect of the business world—its tendency to grow into giant companies in some industries but not into others.”—Robert L. Heilbroner, The New York Review of Books

“A monumental effort summarizing much of what is known about the rise of the managerial class… Chandler deserves a wide audience.”—Susan Previant Lee, The New York Times Book Review

“Business historians have tended to be more attracted by the great entrepreneurs—the robber barons of industry—than by the institutions they created. Professor Chandler has corrected this bias by writing a masterly account of the rise of the modern business enterprise and the methods of running it.”—The Economist

“Alfred Chandler has produced an extremely valuable account of the development of the large managerial firm. How—and why—did the visible hand of management supersede the invisible hand of market coordination? The study provides a rich empirical basis for work on the new frontier of industrial organization concerned with the determinants of the boundaries of the firm and the nature of interorganizational coordination in the large region between impersonal markets and complete integration.”—Victor P. Goldberg, Journal of Economic Issues

“This very important work of historical synthesis by Harvard’s premier business historian should be read not only by economists and historians, but also by middle and top managers of the modern, integrated corporation.”—Library Journal