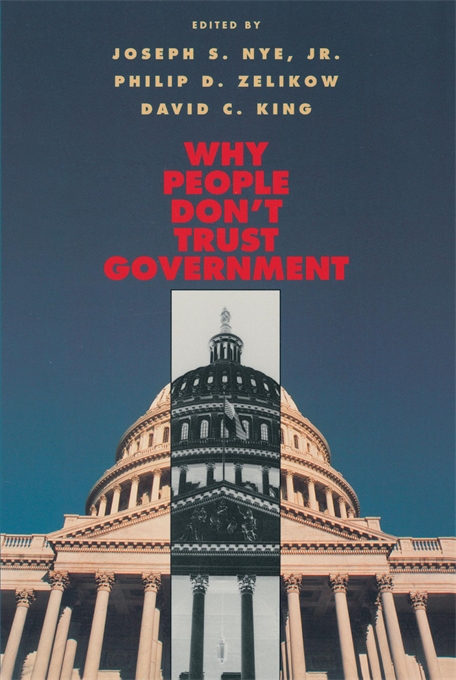 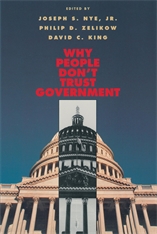 Confidence in American government has been declining for three decades. Three-quarters of Americans said they trusted the Federal government to do the right thing in 1964. Today, only a quarter do. Why the decline? Is this mistrust a healthy reflection of America’s long-lasting skepticism of a strong state? Is mistrust a problem for the future of governance?

Bringing together essays by leading Harvard scholars, this book explores the roots of mistrust. It first examines government’s current scope, its actual performance, and citizens’ perceptions of its performance. It then assesses many possible explanations that have been offered for the decline of trust, including the end of the Cold War, elevated expectations following World War II, a weakened economy, the effects of globalization, resentment over political scandals, and incompetence of bureaucrats. The book clarifies thinking about the sources of public disaffection.

Mistrust, the contributors find, is largely unrelated to national economic conditions, to challenges of a global economy, to the Cold War, or to bumbling bureaucrats and venal politicians. Rather, they show that the most likely culprits are all around us—an interacting blend of cultural and political conflicts stirred by an increasingly corrosive news media.