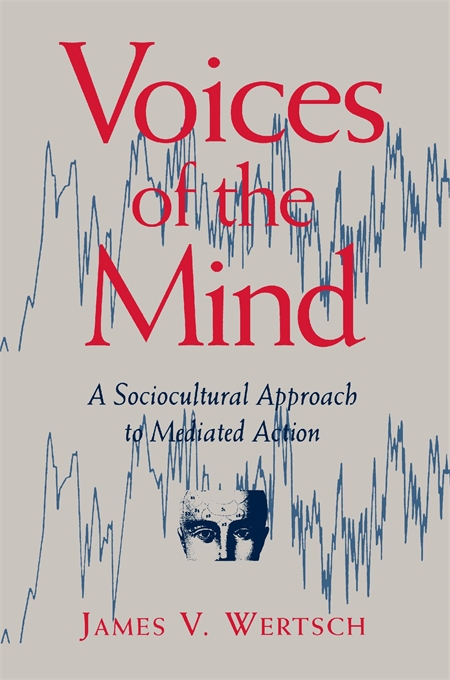 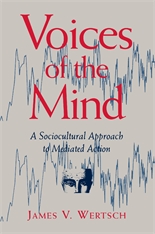 Voices of the Mind

“Voices of the Mind is a concise, creative integration of several major theories concerning the fundamentally social nature of human thought. It has special appeal to readers interested in theories of learning and the relationship between culture and cognition as it is played out in the course of everyday life.”—Harvard Educational Review

“Wertsch has a lucid understanding of Vygotsky’s and Bakhtin’s ideas, and his transitions from one concept to another are smooth, clearly presented, and supported with examples… Voices has many insights to offer that are not often encountered in the literature on rhetoric and composition. Moreover, Wertsch holds true to the sociocultural approach’s holistic nature, grounding his research on theory and his theory on research.”—John Scenters-Zapico, Rhetoric Science Quarterly

“Wertsch…has again written a major contribution to psychological, social, and educational sciences… In his previous books, he has been an interpreter. In this new book he has begun to assemble his own theory into a single volume. The range of literature cited and used is impressive, and the scholarship enviable… It will be a key volume in the emergent debates of the 1990s in several disciplines.”—Ronald Gallimore, School of Medicine, University of California, Los Angeles

“The book’s goal, to my mind beautifully achieved, is to delineate a ‘sociocultural approach to mind’… Wertsch begins by defining a unit of analysis that sees the human being not as passive receptor and not as individual isolate but rather as generator of a certain type of action—what [he] calls ‘communicative’ action or ‘individuals acting with mediational means.’”—Caryl Emerson, Princeton University

“This is a magisterial exercise in social theory, with immediate implications for practical action in a number of disciplines that cut across the spectrum of the social and human sciences, from psychology and anthropology to history and literary criticism. Concentrating on behavior, on action, as his unit of analysis, Wertsch engages everyday problems of great immediacy and urgency, while sacrificing nothing to theoretical elegance or conceptual rigor.”—Michael Holquist, Yale University

“Wertsch develops Vygotsky’s ideas about a semiotic approach to culture in a direction that was central for Vygotsky but has received comparatively little attention from his followers. The most inspiring result of Wertsch’s effort is that the idea of the ‘multivoicedness’ of human mind, corresponding to the multivoicedness of both culture and communication, is introduced into psychology. Wertsch has created a theoretical and methodological framework which is of genuine help to those studying ways in which culture shapes mind.”—Peeter Tulviste, University of Tartu, Estonia