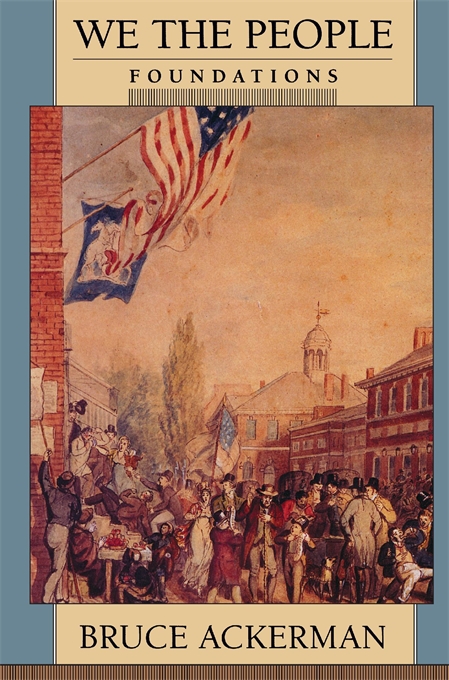 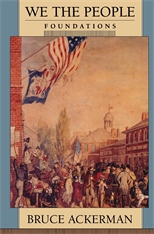 We the People, Volume 1: Foundations

Bruce Ackerman offers a sweeping reinterpretation of our nation’s constitutional experience and its promise for the future. Integrating themes from American history, political science, and philosophy, We the People confronts the past, present, and future of popular sovereignty in America. Only this distinguished scholar could present such an insightful view of the role of the Supreme Court. Rejecting arguments of judicial activists, proceduralists, and neoconservatives, Ackerman proposes a new model of judicial interpretation that would synthesize the constitutional contributions of many generations into a coherent whole. The author ranges from examining the origins of the dualist tradition in the Federalist Papers to reflecting upon recent, historic constitutional decisions. The latest revolutions in civil rights, and the right to privacy, are integrated into the fabric of constitutionalism. Today’s Constitution can best be seen as the product of three great exercises in popular sovereignty, led by the Founding Federalists in the 1780s, the Reconstruction Republicans in the 1860s, and the New Deal Democrats in the 1930s.

Ackerman examines the roles played during each of these periods by the Congress, the Presidency, and the Supreme Court. He shows that Americans have built a distinctive type of constitutional democracy, unlike any prevailing in Europe. It is a dualist democracy, characterized by its continuing effort to distinguish between two kinds of politics: normal politics, in which organized interest groups try to influence democratically elected representatives; and constitutional politics, in which the mass of citizens mobilize to debate matters of fundamental principle. Although American history is dominated by normal politics, our tradition places a higher value on mobilized efforts to gain the consent of the people to new governing principles. In a dualist democracy, the rare triumphs of constitutional politics determine the course of normal politics.

More than a decade in the making, and the first of three volumes, We the People, Volume 1: Foundations speaks to all who seek to renew and redefine our civic commitments in the decades ahead.