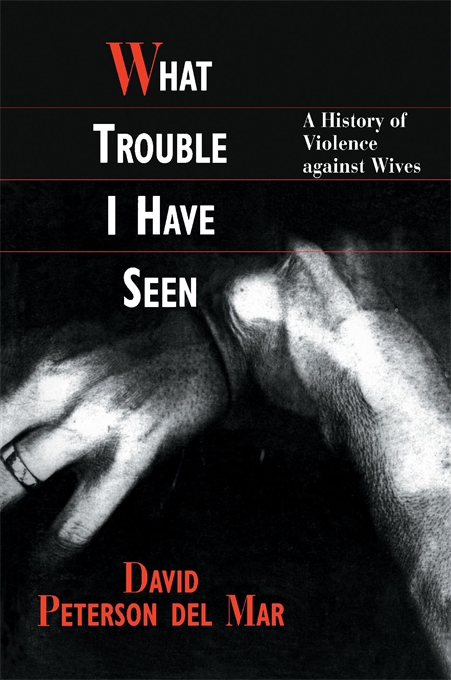 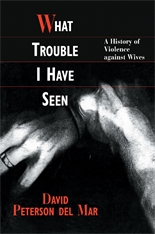 What Trouble I Have Seen

A History of Violence against Wives

It was 1869 and Sarah Moses, with “a very black eye,” told her father: The world will never know what trouble I have seen. What she’d seen was violence at the hands of her husband. Does the world know any more of such things today than it did in Sarah’s time?

Sarah, it so happens, lived in Oregon, that Edenic state on the Pacific Coast, and it is here that David Peterson del Mar centers his history of violence against wives. What causes such violence? Has it changed over time? How does it relate to the state of society as a whole? And how have women tried to stop it, resist it, escape it? These are the questions Peterson del Mar pursues, and the answers he finds are as fascinating as they are disturbing.

Thousands of thickly documented divorce cases from the Oregon circuit courts let us listen to voices who often go unheard. These are the people who didn’t keep diaries or leave autobiographies, who sometimes could not write at all. Here they speak of a society that quietly condoned wife beating until the spread of an ethos of self-restraint in the late nineteenth century. And then, Peterson del Mar finds, the practice increased with a vengeance with the florescence of expressive individualism during the twentieth century.

What Trouble I Have Seen also traces a dramatic shift in wives’ response to their husbands’ violence. Settler and Native American women commonly fought abusive mates. Most wives of the late nineteenth century acted more cautiously and relied on others for protection. But twentieth-century privatism, Peterson del Mar discovers, often isolated modern wives from family and neighbors, casting abused women on the mercy of the police, women’s shelters, and, most important, their own resources. Thus a new emphasis on self-determination, even as it stimulated violence among men, enhanced the ability of women to resist and escape violent husbands.

The first sustained history of violence toward wives, What Trouble I Have Seen offers remarkable testimony to the impact of social trends on the most private arrangements, and the resilience of women subject to a seemingly timeless crime.