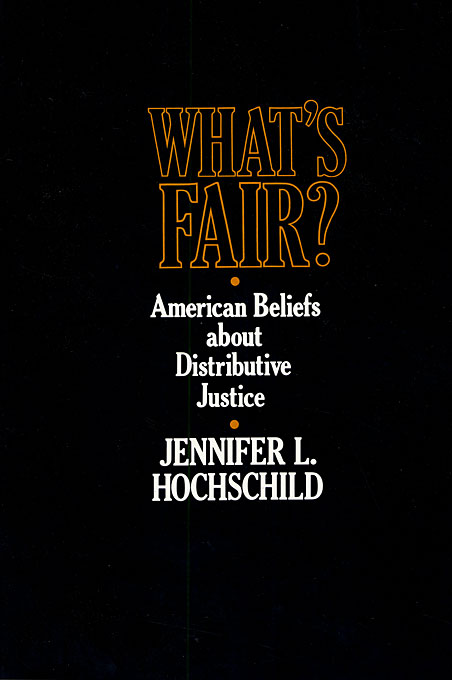 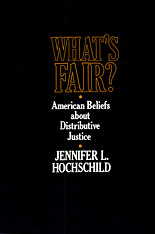 The search for equality has been an enduring one in the United States. Yet there has been little significant change in the distribution of wealth over the generations, while the political ideology of socialism has been rejected outright by most people. In a sensitive rendering of data, Jennifer Hochschild discovers that it is the nonrich themselves who do not support the downward redistribution of wealth.

Using a long questionnaire and in-depth interviews, she examines the ideals and contemporary practices of Americans on the subject of distributive justice. She finds that both rich and poor Americans perceive three realms in their lives: the private, the political, and the economic. People tend to support equality in two of the realms: the private, where fundamental socialization takes place in the family, school, and neighborhood, and the political, where issues arise about taxes, private property, rights, political representation, social welfare policies, and visions of utopia. But in the economic realm of the workplace, class structure, and opportunity, Americans favor maintaining material differences among people.

Hochschild shows how divergence between ideals and practices, and especially between Americans’ views of political and economic justice, produces ambivalence. Issues involving redistribution of wealth force people to think about whether they prefer political equalization or economic differentiation. Uncertain, Americans sometimes support equality, sometimes inequality, sometimes are torn between these two beliefs. As a result, they are often tense, helpless, or angry.

It is not often that Americans are allowed to talk so candidly and within rigorous social science sampling about their lives. Hochschild gives us a new combination of oral history and political theory that political scientists, philosophers, sociologists, and policymakers can read with profit and pleasure.