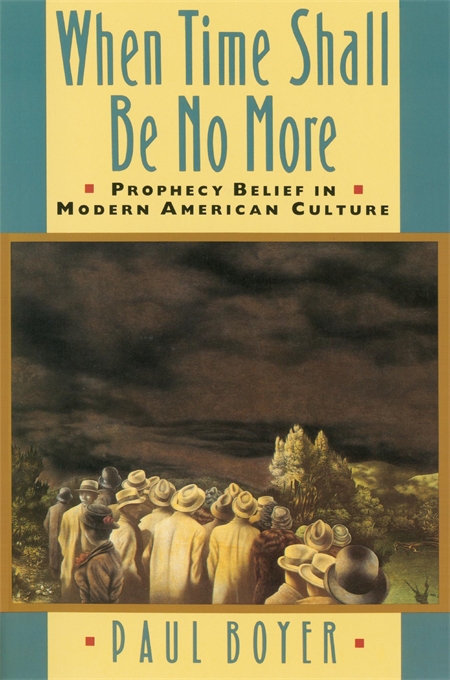 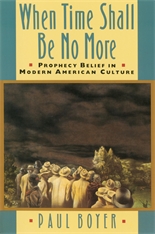 When Time Shall Be No More

Millions of Americans take the Bible at its word and turn to like-minded local ministers and TV preachers, periodicals and paperbacks for help in finding their place in God’s prophetic plan for mankind. And yet, influential as this phenomenon is in the worldview of so many, the belief in biblical prophecy remains a popular mystery, largely unstudied and little understood. When Time Shall Be No More offers for the first time an in-depth look at the subtle, pervasive ways in which prophecy belief shapes contemporary American thought and culture.

Belief in prophecy dates back to antiquity, and there Paul Boyer begins, seeking out the origins of this particular brand of faith in early Jewish and Christian apocalyptic writings, then tracing its development over time. Against this broad historical overview, the effect of prophecy belief on the events and themes of recent decades emerges in clear and striking detail. Nuclear war, the Soviet Union, Israel and the Middle East, the destiny of the United States, the rise of a computerized global economic order—Boyer shows how impressive feats of exegesis have incorporated all of these in the popular imagination in terms of the Bible’s apocalyptic works. Reflecting finally on the tenacity of prophecy belief in our supposedly secular age, Boyer considers the direction such popular conviction might take—and the forms it might assume—in the post–Cold War era.

The product of a four-year immersion in the literature and culture of prophecy belief, When Time Shall Be No More serves as a pathbreaking guide to this vast terra incognita of contemporary American popular thought—a thorough and thoroughly fascinating index to its sources, its implications, and its enduring appeal.