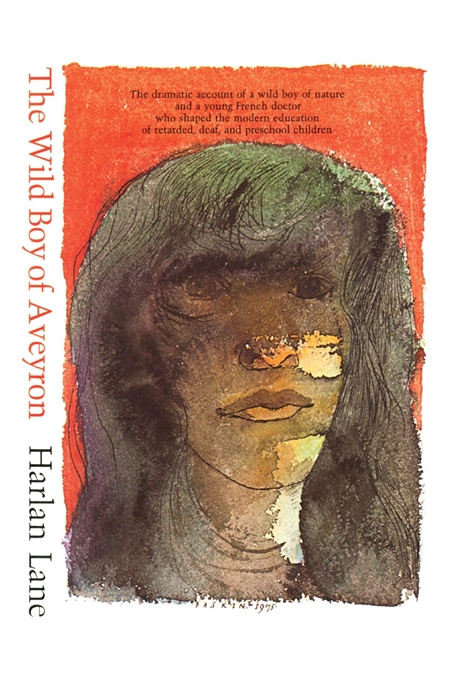 The Wild Boy of Aveyron

“In 1800, the boy of the title was a child of perhaps twelve or thirteen who had been wandering alone in the mountainous forests of southern France for an unknown time before his capture. Like other children who have grown up without human contact, the lad, who was later named Victor, behaved in peculiar ways. Most importantly, he could not speak. Victor was discovered at a period when philosophical investigations into human nature had begun to affect medicine, psychology, and pedagogy. He was brought to Paris and turned over to a young doctor, Jean-Marc-Gaspard Itard… Dr. Lane tells us how a whole new kind of education descends from Itard’s lifework—first, the training of the physically handicapped, then the training of the mentally retarded. (Before modern times, both kinds of people were regarded as useless and unteachable.) Finally, through Maria Montessori, Itard’s concepts were applied to teaching ordinary youngsters, and Dr. Lane points out how his difficult discoveries have become everyday assumptions. His book is an exceptionally readable, intelligent monument to one of humanity’s benefactors and to his successors, who carried on in Itard’s spirit of scientific curiosity, kindness, and doggedness.”—The New Yorker

“The Wild Boy of Aveyron represents a unique case of total cultural deprivation, of mortal nakedness: a human being stripped of education, custom, dignity, brotherhood, sex, almost of humanity itself. Lane’s book succeeds in sustaining the human interest along with scientific scrutiny. The intellectual space it occupies has been empty too long.”—Roger Shattuck, The New York Times Book Review

“A brilliantly-researched history that really reads like a novel…a model of living scholarship… It is a unique contribution to the history of medicine, psychology, and education.”—Clara Claiborne Park, The Washington Post

“This charming and moving book raises, sometimes directly and sometimes tangentially, important questions about the nature of human beings.”—Carl Sagan, The New Republic

“Harlan Lane does an engaging and at times compelling job… He uses original documents, historical accounts, later scientific writings, and not the least, his own capacity as a first-rate narrator to tell us what the wild boy was like and what he prompted various psychological and educational theorists—psychiatrists like Phillippe Pinel or, later, physicians like Maria Montessori—to make of man’s possibilities or limitations.”—Robert Coles, Natural History

“A spectacular job of telling the thrilling story of the ‘enfant sauvage’ and the ripples generated by his discovery that continue to stimulate thinking nearly two centuries later.”—Human Behavior