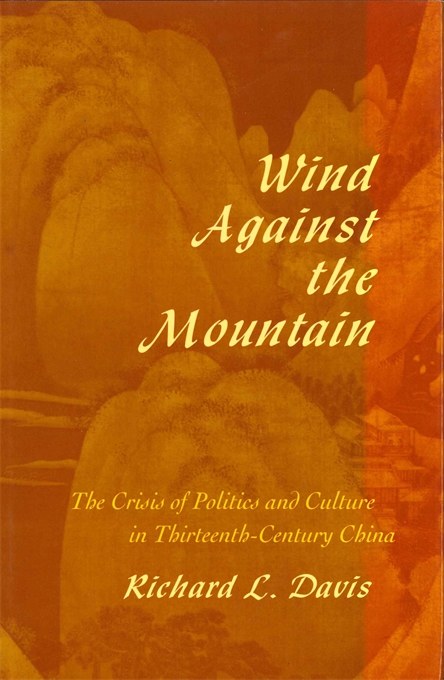 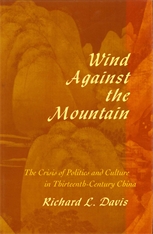 Wind Against the Mountain

The Crisis of Politics and Culture in Thirteenth-Century China

Richard Davis has expertly crafted a stirring narrative of the last years of Song, focusing on loyalist resistance to Mongol domination as more than just a political event. Davis convincingly argues that Song martyrs were dying for more than dynasty alone: martyrdom can be linked to other powerfully compelling symbols as well. Seen from the perspective of the conquered, the phenomenon of martyrdom reveals much about the cultural history of the Song.

Davis challenges the traditional view of Song martyrdom as a simple expression of political duty by examining the phenomenon instead from the perspective of material life and masculine identity. He also explores the tensions between the outer court of militant radicals and an inner court run by female regents—tensions that reflect the broader split between factions of Song government as well as societal conflict. Davis reveals the true magnitude of the loyalist phenomenon in this beautifully written, fascinating study of Song political loyalty and cultural values.