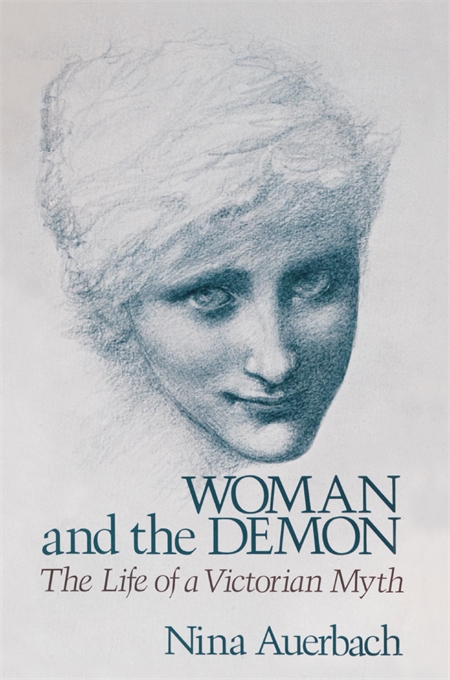 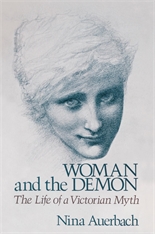 Woman and the Demon

The Life of a Victorian Myth

“A daring and important book of cultural criticism… Woman and the Demon is beautifully written and even moving. Undertaking no less than a subversive rereading of Victorian culture, Nina Auerbach attempts to make available to the 20th century certain aspects of that culture which we have learned to dismiss with contempt at great cost to ourselves… Briefly her thesis is this: Where feminist criticism has consistently exposed the repressive implications of the Victorian myth of woman as ‘angel in the house,’ that myth actually disguises another dominant but unformulated myth—the myth of woman as demonic, polymorphous, vital, dangerous and transcendent… She extends her study as comfortably to Dickens as to Brontë, to Robert Browning as to Christina Rossetti, to Thomas Carlyle as to Florence Nightingale; and she reads these writers on the terms traditionally offered. Yet she changes them for us irrevocably… [Her] argument is outrageous, provocative and convincing.”—George Levine, The New York Times Book Review

“A fascinating study which engages the reader continually… [Woman and the Demon] makes us question again relations between art and life, literature and belief.”—Jennifer Uglow, The Times Literary Supplement

“In her witty and incisive study of cultural myth—those systems of belief that flourish below the surface of an age in its popular literature and art—Auerbach…reconstructs the iconography of womanhood and the ways in which apparently complacent female types actually represented subversions of the power structure… This readable narrative makes an important contribution to our understanding of myth, womanhood and of social cultural history.”—Julia Epstein, The Philadelphia Inquirer

“[A] brilliant revisionary study of the Victorian mythology of womanhood… Not only is Woman and the Demon lively to read, but it goes beyond the depressing images of female oppression to discover a seething energy that is another, and perhaps more liberating, truth.”—Adrienne Munich, Yale Review

“A study rich in intellectual probing, complex in interpretation, this is a major contribution to feminist criticism and a noteworthy reevaluation of the recent past.”—Publishers Weekly

“This is one of those extremely rare scholarly books on which the adjective ‘seminal’ can be bestowed without the slightest misgiving. It should not take long before the book will be acclaimed as one of the few major revaluations of Victorian literature and art.”—V. C. Knoepflmacher