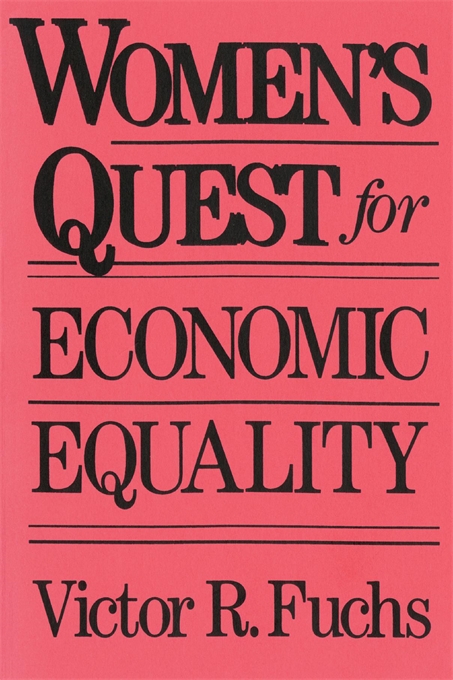 It may seem to the casual observer that women have made striking gains in their quest for equality with men since the early 1960s. But have they really improved their lot? Are they really better off economically? In this clear, compact, and controversial book Victor Fuchs makes plain that except for women who are young, white, unmarried, and well educated, today’s women have not gained economically at all relative to men. He shows that although women are earning a lot more, they have much less leisure time than they used to while men have more; the decline of marriage has made women more dependent on their own income, and their share of financial responsibility for children has grown.

Scrutinizing this relative lack of progress and the reasons for the persistence of occupational segregation, the infamous wage gap, and the unequal responsibility for housework and childcare, Fuchs shows that the standard explanations—discrimination and exploitation by employers—are not the most important causes. Women’s weaker economic position results primarily from conflicts between career and family, conflicts that are stronger for women than for men. Fuchs assembles many different kinds of evidence to suggest that, on average, women feel a stronger desire for children than men do, and have a greater concern for their welfare after they are born. This desire and concern create an economic disadvantage for women, even women who never marry and never have children.