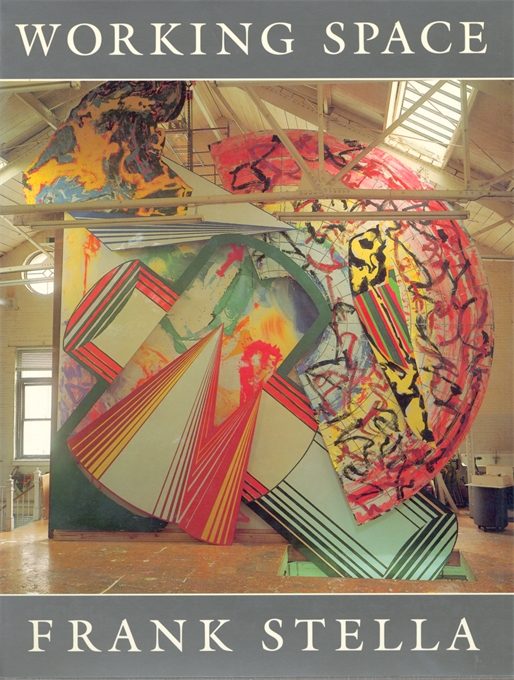 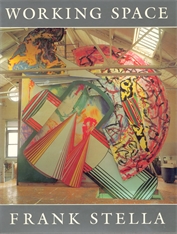 “Mr. Stella’s way of dealing with single paintings, 36 of which are reproduced in color, makes for one tour-de-force after another… Paintings familiar and unfamiliar, from the ‘Mona Lisa’ to Wassily Kandinsky’s ‘Composition IX,’ gain a just washed sparkle.”—Peter Schjeldahl, The New York Times Book Review

“Working Space comes as something of a bombshell. For this is a book that explodes a great many received ideas about abstraction… [It] is certainly one of the most remarkable books ever written on the subject. What makes it so remarkable, of course, is that Stella is unquestionably the most celebrated abstract painter of his generation.”—Hilton Kramer, The Atlantic

“It is seldom that a major artist is prepared to commit himself publicly to a considered, large-scale survey of the art of his time, and to relate it moreover to substantial cross-sections of the art of the past. Frank Stella has done this in his Charles Eliot Norton Lectures at Harvard, with considerable erudition, great verve and genuine originality.”—John Golding, The Times Literary Supplement

“This is a marvelously insightful and thought-provoking book… Stella’s perception of the problem is correct—abstraction has reached a watershed. His analysis of that problem is erudite and plausible, and at times even passionate. If he does not solve it within these pages, he at least has made us consider its ramifications, and he has enabled us to look at art from a valuable and rarely available perspective.”—Edward J. Sozanski, The Philadelphia Inquirer

“Working Space develops its thesis with such gusto, elegance, and conviction… The text is rich with insight, integrity, and unexpected rethinkings of erstwhile familiar images.”—David Anfam, Art International

“This is art history and art criticism of a high order, detailed and refreshingly idiosyncratic. Both scholarly and hip, Stella has written a book that reveals the painter’s mind and studio, allowing us to see the play of history and vision that goes on within. Highly recommended.”—Calvin Reid, Library Journal