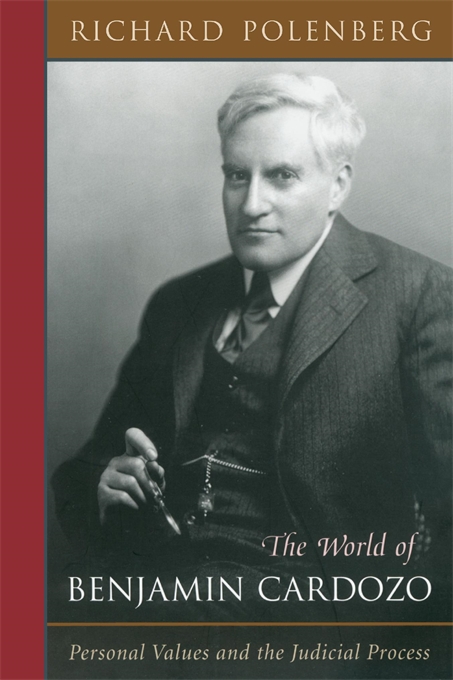 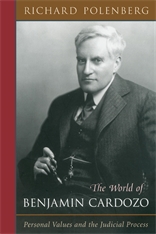 The World of Benjamin Cardozo

Personal Values and the Judicial Process

“The sordid controversies of litigants,” Benjamin Cardozo once said, are “the stuff from which great and shining truths will ultimately be shaped.” As one of America’s most influential judges, first on New York State’s Court of Appeals and then on the United States Supreme Court, Cardozo (1870–1938) oversaw this transformation daily. How he arrived at his rulings, with their far-reaching consequences, becomes clear in this book, the first to explore the connections between Benjamin Cardozo’s life and his jurisprudence.

An intensely private man whose friends destroyed much of his correspondence, Cardozo has long eluded scrutiny. But through extraordinary effort Richard Polenberg has uncovered letters, briefs, transcripts, and biographical details to give us a complex living picture of this man whose judicial opinions continue to affect us. Richard Polenberg describes the shaping experiences of Cardozo’s youth, among them the death of his mother when he was nine years old; religious training in the Spanish-Portuguese Synagogue; two years of private tutoring by Horatio Alger, Jr.; and his reaction to the scandal that prompted his father to resign from the New York Supreme Court. Then, in light of certain cases that were brought before the Court of Appeals, we see how Cardozo’s rulings reflected a system of beliefs rooted in these early experiences; how, despite his famous detachment, Cardozo read evidence and precedents selectively and based his decisions regarding issues from rape and divorce to the insanity plea on his own views about morality, scholarship, and sexuality. Here too is the truth behind Cardozo’s renowned liberalism, explored through his rulings on New Deal measures such as the Social Security Act and his more conservative decisions in cases involving conscientious objectors and the rights of criminal defendants.

The Benjamin Cardozo who emerges from these pages, a complicated and intriguing figure, points to a new understanding of the shaping of American law.