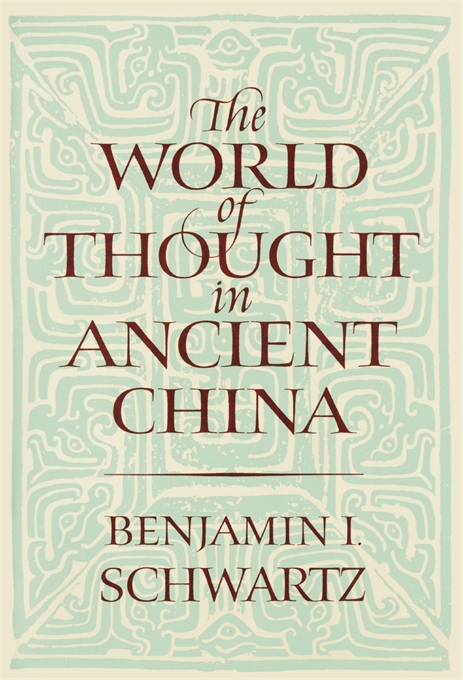 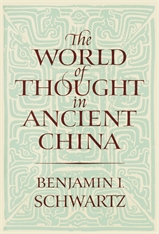 The World of Thought in Ancient China

The center of this prodigious work of scholarship is a fresh examination of the range of Chinese thought during the formative period of Chinese culture. Benjamin Schwartz looks at the surviving texts of this period with a particular focus on the range of diversity to be found in them. While emphasizing the problematic and complex nature of this thought he also considers views which stress the unity of Chinese culture.

Attention is accorded to pre-Confucian texts; the evolution of early Confucianism; Mo-Tzu; the “Taoists,”; the legalists; the Ying-Yang school; and the “five classics”; as well as to intellectual issues which cut across the conventional classification of schools. The main focus is on the high cultural texts, but Mr. Schwartz also explores the question of the relationship of these texts to the vast realm of popular culture.