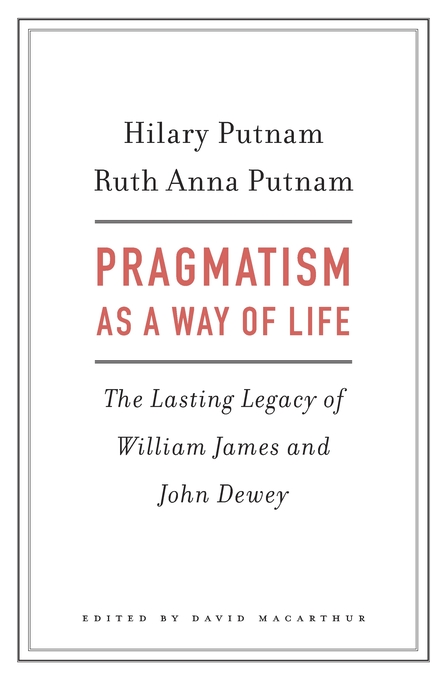 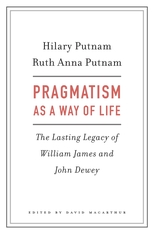 Pragmatism as a Way of Life

The Lasting Legacy of William James and John Dewey

“Pragmatism as a Way of Life is, among other things, an argument for the value of philosophy. As the Putnams see it, pragmatism means thinking about the world ‘in ways that are relevant to the real problems of real human beings.’ It’s an approach to philosophy that manages to be humble and hopeful while, for the most part, keeping its feet firmly on the ground… The language of the Putnams tends to be blessedly lucid and conversational, even when dealing with fairly knotty quandaries. The book isn’t hammock reading, or Metaphysics for Morons, but it is a reminder of why philosophy might be useful to people who don’t park in the faculty-only lot.”—Tom Bartlett, Chronicle of Higher Education

“Clarifies our understanding of the development of Hilary’s thought in the late twentieth century, and, as Hilary put it, his ‘conversion’ to pragmatism under Ruth Anna’s influence… Philosophical marriages are rare enough; this one affected the development of philosophy in America… Macarthur has produced the best record of Hilary and Ruth Anna’s collaboration. American philosophy was indeed changed at the Putnams’ breakfast table.”—Lawrence Cahoone, Metaphilosophy