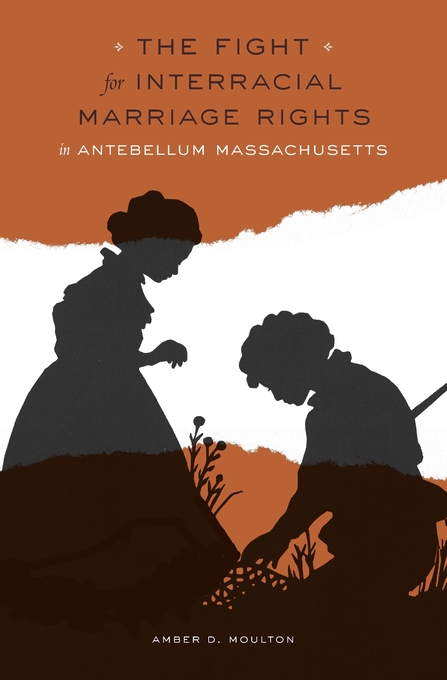 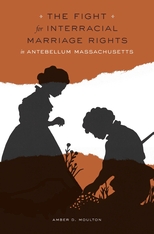 The Fight for Interracial Marriage Rights in Antebellum Massachusetts

“An outstanding piece of history. Moulton is the first to provide a thorough examination of the shifting arguments for and against the repeal of laws prohibiting interracial marriage. She offers a nuanced and convincing explanation for why the forces of repeal were able to overturn the ban without diminishing white resistance to marriage across the color line. Her book is an insightful exploration of the evolving political, social, and moral thinking of whites and blacks struggling to comprehend the complex meaning of black freedom in the North.”—Joanne Pope Melish, author of Disowning Slavery: Gradual Emancipation and “Race” in New England, 1780–1860

“Amber Moulton’s finely-grained history of the nation’s first sustained fight for marriage rights chronicles the petitioning campaign that culminated in the repeal of Massachusetts’ interracial marriage ban in 1843. As advocates for equality struggled to make the case that marriage is a civil right on which all other social and political rights are dependent, those invested in preserving the North’s racial caste system waged a pitched political battle in newspapers, political cartoons, and the streets, warning that ‘amalgamation’ would lead to licentiousness and the end of social stability. Both sides had a role in shaping the debate about marriage and civil rights that continues to this day, making The Fight for Interracial Marriage Rights in Antebellum Massachusetts important reading for historians and activists alike.”—Elise Lemire, author of Black Walden: Slavery and Its Aftermath in Concord, Massachusetts