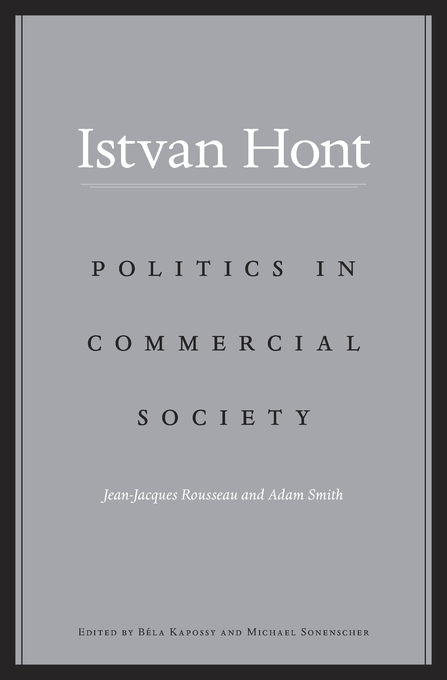 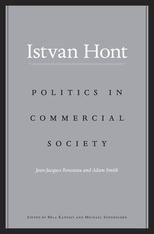 “Istvan Hont [was] a terrifically gifted historian of political and economic thought… Politics in Commercial Society…outlines in capsule form his reconstruction of [Rousseau and Adam Smith], showing not only what they have in common but also how little modern political theory has advanced beyond their concerns… Eighteenth-century political theory, as Hont’s iconoclastic work shows, still has much to teach us.”—Duncan Kelly, Financial Times

“Hont’s lectures are exhilarating, and contain a quite extraordinary density of argument and reference. Hont was convinced that the eighteenth-century thinkers had exhausted the possibilities available to us for understanding modernity, and the deep seriousness with which he approached the subject comes through on every page.”—Richard Tuck, The Times Literary Supplement

“In exploring Smith’s and Rousseau’s thought to find lines of influence and points of agreement, Hont hopes to correct what he believes to be misinterpretations of these two thinkers. He certainly succeeds in forcing readers to rethink the relations between Smith and Rousseau and in deepening understanding of them.”—J. H. Spence, Choice

“David Hume, Jean-Jacques Rousseau, and Adam Smith probed deeply into the moral and political dimensions of what has come to be known as capitalism. Istvan Hont’s beautifully executed lectures reaffirm why it is worthwhile to know and interpret Enlightenment thought and, in particular, grapple with the timeless question of the trade-off between economic growth and political stability.”—Margaret Schabas, University of British Columbia