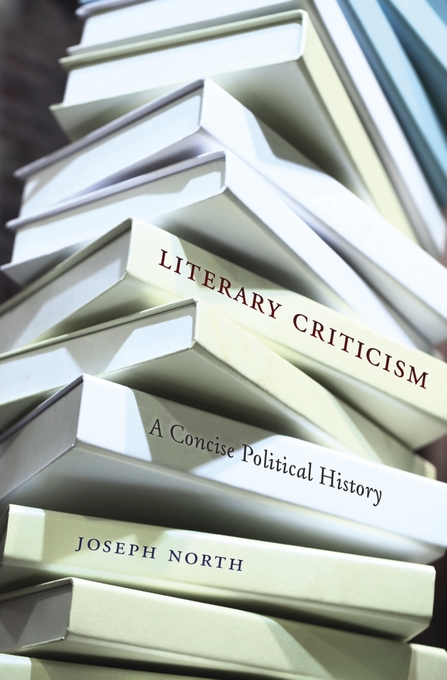 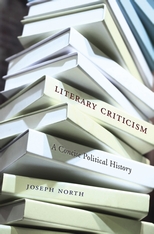 Literary Criticism offers a concise overview of literary studies in the English-speaking world from the early twentieth century to the present. Joseph North steps back from the usual tangle of figures, schools, and movements in order to analyze the intellectual paradigms that underpinned them. The result is a radically new account of the discipline’s development, together with a trenchant argument about where its political future lies.

People in today’s literature departments often assume that their work is politically progressive, especially when compared with the work of early- and mid-twentieth-century critics. North’s view is less cheering. For when understood in relation to the longer arc of the discipline, the current historicist and contextualist mode in literary studies represents a step to the Right. Since the global turn to neoliberalism in the late 1970s, all the major movements within literary studies have been diagnostic rather than interventionist in character: scholars have developed sophisticated techniques for analyzing culture, but they have retreated from systematic attempts to transform it. In this respect, the political potential of current literary scholarship compares poorly with that of earlier critical modes, which, for all their faults, at least had a programmatic commitment to cultural change.

Yet neoliberalism is now in crisis—a crisis that presents opportunities as well as dangers. North argues that the creation of a genuinely interventionist criticism is one of the central tasks facing those on the Left of the discipline today.