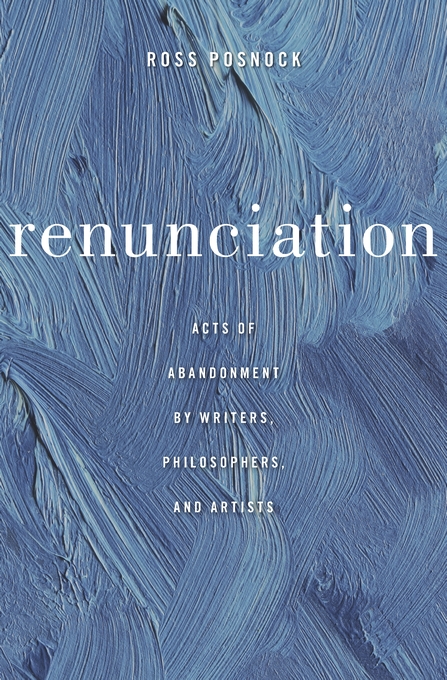 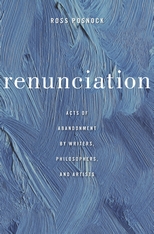 Acts of Abandonment by Writers, Philosophers, and Artists

Renunciation as a creative force in the careers of writers, philosophers, and artists is the animating idea behind Ross Posnock’s new book. Taking up acts of abandonment, rejection, and refusal that have long baffled critics, he shows how renunciation has reframed the relationship of artists and intellectuals to society in productive and unpredictable ways.

In a work of remarkable synthesis that includes traditions and genres from antiquity to postmodernity, Posnock discovers connections among disparate figures ranging from Lao Tzu to Dave Chappelle and Bob Dylan. The thread running through these acts of renunciation, he argues, is an aesthetic and ethical resistance to the demand that one’s words and actions be straightforward and immediately comprehensible. Modern art in particular valorizes the nonconceptual and the intuitive, seeking to make silence articulate and incompletion fertile.

Renouncers reject not only artistic and scholarly conventions but also the public roles that attend them. Wittgenstein, Rimbaud, and Glenn Gould brazenly flouted professional and popular expectations, demanding that philosophy, poetry, music play by new rules. Emerson and Nietzsche severed all institutional ties, while William James waged a guerrilla campaign from his post at Harvard against what all three considered to be the enemy: the pernicious philosophical insistence on rationality. Posnock also examines renunciations in light of World War II—the veterans J. D. Salinger and George Oppen, and the Holocaust survivor Paul Celan—while a fourth cluster includes the mystic Thomas Merton and the abstract painters Ad Reinhardt and Agnes Martin.