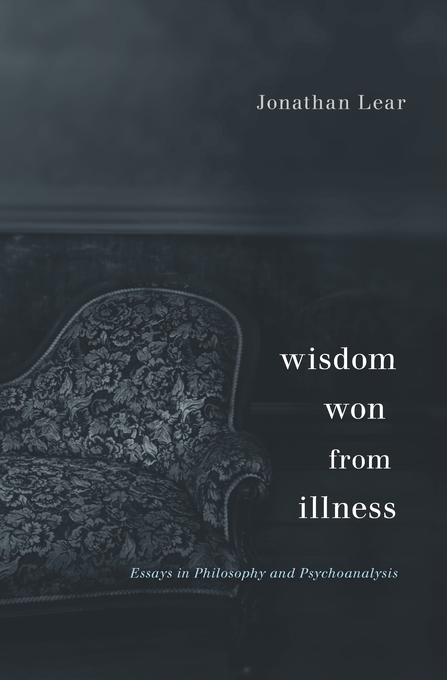 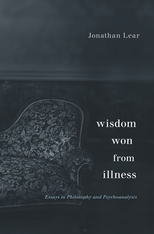 Essays in Philosophy and Psychoanalysis

Wisdom Won from Illness brings into conversation two fields of humane inquiry—psychoanalysis and moral philosophy—that seem to have little to say to each other but which, taken together, form a basis for engaged ethical thought about how to live.

Jonathan Lear begins by looking to the ancient Greek philosophers for insight into what constitutes the life well lived. Socrates said the human psyche should be ruled by reason, and much philosophy as well as psychology hangs on what he meant. For Aristotle, reason organized and presided over the harmonious soul; a wise person is someone capable of a full, happy, and healthy existence. Freud, plumbing the depths of unconscious desires and pre-linguistic thoughts, revealed just how unharmonious the psyche could be. Attuned to the stresses of modern existence, he investigated the myriad ways people fall ill and fail to thrive. Yet he inherited from Plato and Aristotle a key insight: that the irrational part of the soul is not simply opposed to reason. It is a different manner of thinking: a creative intelligence that distorts what it seeks to understand.

Can reason absorb the psyche’s nonrational elements into a whole conception of the flourishing, fully realized human being? Without a good answer to that question, Lear says, philosophy is cut from its moorings in human life. Wisdom Won from Illness illuminates the role of literature in shaping ethical thought about nonrational aspects of the mind, offering rich readings of Shakespeare, Kierkegaard, J. M. Coetzee, Marilynne Robinson, and others.