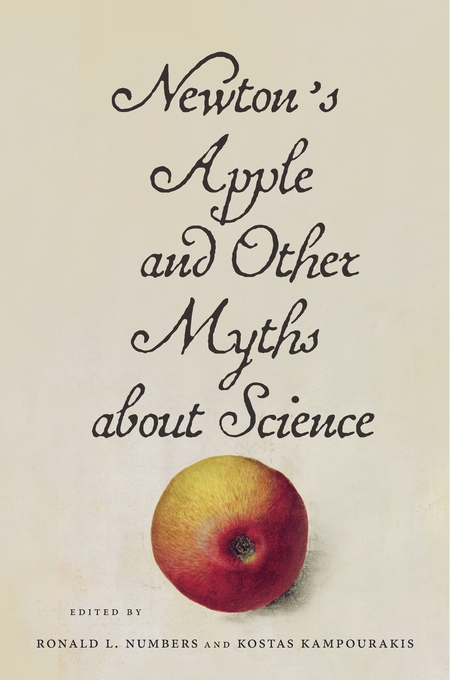 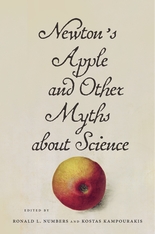 “In Newton’s Apple and Other Myths about Science 27 experts in the history of science and science education explore 27 ‘myths’ that are staples of classroom and popular science. Each short, readable and authoritative chapter is perfect commute-length reading. Better than just countering the myths, the book explains when they arose and why they stuck.”—Rebekah Higgitt, The Guardian

“[A] delightful collection of short, thought-provoking essays… Every reader should find something to surprise them.”—Jim Endersby, Science

“[A] provocative collection that tackles some of science’s most enduring misconceptions and dubious assumptions.”—Gemma Tarlach, Discover

“Myths die hard no matter how often they are refuted, and this splendid essay collection, edited by Numbers and Kampourakis, tackles many of the most prevalent and destructive myths about science… The book’s real value lies in the way that each author not only refutes a myth, but traces its origins and points out why it has lasted so long; each brief, well-written essay—they average eight pages—gives the historical context and explains the relevant science.”—Publishers Weekly (starred review)

“Newton’s Apple seeks to expose lingering misconceptions about the precursors of modern science, about how science is conducted, and about leading researchers who pushed their fields forward.”—Bob Grant, The Scientist

“Myths about science, including its history and practice, abound among the general public, scientists, and science teachers… This book will be a surprising read for the general audience and even scientists; it is a must read for science educators.”—P. D. Skiff, Choice

“Many of the facts we think we know about science—that Isaac Newton has an epiphany about gravity when an apple fell on his head, for example, are apocryphal. These essays by science and other historians challenge the idea that science is an endeavor that jumps forward because of the discoveries or inventions of individuals, explaining that it is instead advanced by the accretion of tiny breakthroughs made by multitudes over time.”—Henrietta Verma, Library Journal

“Myth busting is always great fun as well as being educational. Newton’s Apple and Other Myths about Science is a splendid sequel to Galileo Goes to Jail and Other Myths about Science and Religion. Here, twenty-eight experts punch holes in widely-held opinions about science. But it may be disconcerting to find a few of your own long-held beliefs in the ranks. So don’t read this book if you aren’t prepared to change your mind.”—Owen Gingerich, author of God’s Planet

“Twenty-seven popular myths about science and its history bite the dust in this engaging and timely book. In these essays, Numbers, Kampourakis, and a host of eminent experts set the record straight and explore how and why these myths become part of our collective memory—whether right or wrong. Each chapter offers important lessons about history and the scientists involved in some of our most significant discoveries.”—Janet Browne, author of Charles Darwin: A Biography

“Numbers and Kampourakis have assembled a splendid collection of essays challenging rampant misconceptions about science past and present. This book will be of interest to researchers, teachers, students, and anyone who cares about getting the history of science right.”—Angela N. H. Creager, author of Life Atomic