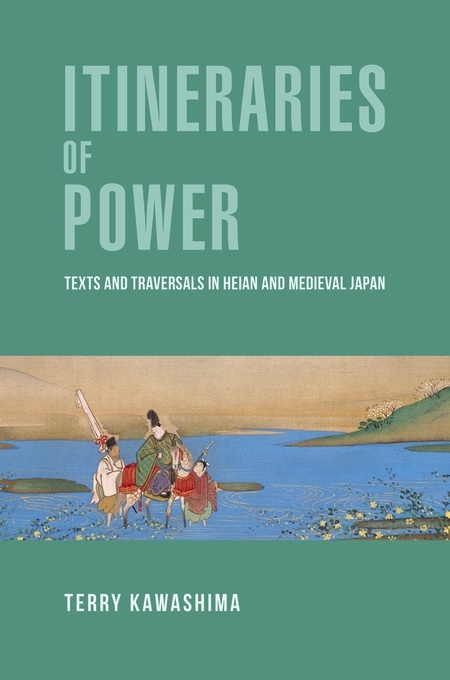 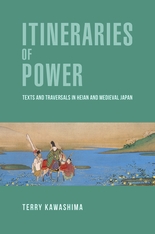 Texts and Traversals in Heian and Medieval Japan

Movements—of people and groups, through travel, migration, exile, and diaspora—are central to understanding both local and global power relationships. But what of more literary moves: textual techniques such as distinct patterns of narrative flow, abrupt leaps between genres, and poetic figures that flatten geographical distance? This book examines what happens when both types of tropes—literal traversals and literary shifts—coexist.

Itineraries of Power examines prose narratives and poetry of the mid-Heian to medieval eras (900–1400) that conspicuously feature tropes of movement. Terry Kawashima argues that the appearance of a character’s physical motion, alongside literary techniques identified with motion, is a textual signpost in a story, urging readers to focus on how the work conceptualizes relations of power and claims to authority. From the gendered intersection of register shifts in narrative and physical displacement in the Heian period, to a dizzying tale of travel retold multiple times in a single medieval text, the motion in these works gestures toward internal conflicts and alternatives to existing structures of power. The book concludes that texts crucially concerned with such tropes of movement suggest that power is always simultaneously manufactured and dismantled from within.