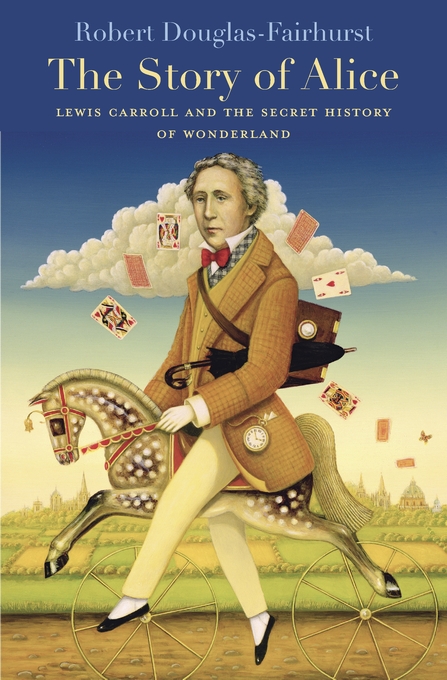 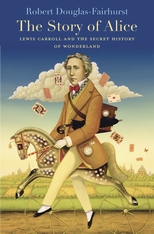 The Story of Alice

Lewis Carroll and the Secret History of Wonderland

“Douglas-Fairhurst’s The Story of Alice belongs with the best books ever written in the field of Carrollian studies… For a total work of criticism, a scholarly Gesamtkunstwerk, The Story of Alice can’t be beat. In it, Douglas-Fairhurst examines the tangled lives of Carroll and Alice Liddell (later Alice Hargreaves) up until the latter’s death in 1934, while also tracking the publication history of the ‘Alice’ books, their popularity and their ongoing cultural influence. The Oxford don’s own prose is, moreover, a delight to read: fact-filled, nicely balanced between exposition and quotation, confiding and witty. In fact, high among the pleasures of The Story of Alice is its willingness to amuse as well as instruct.”—Michael Dirda, The Washington Post

“Remarkable… [Douglas-Fairhurst] casts a wide net, brilliantly bringing together the stories of Carroll, Alice Liddell and the Alice phenomenon itself to provide the most nuanced and convincing picture yet of Wonderland’s quirky, self-effacing creator… Thanks to The Story of Alice, we have not merely ‘The Secret History of Wonderland’ that its subtitle promises, but also a secret history of our virtual age.”—Michael Saler, The Wall Street Journal

“Offer[s] a thoughtful, far-reaching narrative, the story of three very different lives: those of Lewis Carroll, Alice Hargreaves, née Liddell, and the literary creation they both had a part in… Douglas-Fairhurst’s ability to make room for…doubts without giving in to them is one of his book’s great attractions.”—Michael Wood, The New York Times Book Review

“The latest entrant to the Carrollian maze is Robert Douglas-Fairhurst, who has written The Story of Alice. As someone who teaches English at Magdalen College, Oxford, he is nicely positioned for the task—a stroll away from Christ Church, the college where the Reverend Charles Lutwidge Dodgson taught mathematics, and the longtime residence of Lewis Carroll, who was almost, but not quite, the same person. The pair of them tussled, like Tweedledum and Tweedledee.”—Anthony Lane, The New Yorker

“Douglas-Fairhurst [has] precision and liveliness as a narrator. He is constantly surprising and often shocking, quietly and carefully. The Story of Alice is splendidly interesting about the world in which the Alice books were written… Douglas-Fairhurst is a startling and exciting writer… [The Alice books] are eventually books for solitary, surprised children. How did [Carroll] do that? This book helps us to see, even while unraveling our innocence.”—A. S. Byatt, The Spectator

“The Story of Alice is the best book on the myriad enigmas of Carroll’s heart-breaking wonderland I have ever read.”—Robert McCrum, The Observer

“Shot through with energy and ideas… The Story of Alice takes us, full throttle, back to the unalloyed passion of reading. This is what it is like to open a book, and to wonder.”—Frances Wilson, The Daily Telegraph

“Alice’s sesquicentennial—how Lewis Carroll would have loved that word—will be marked globally by events large and small… And there will be books, of course… Few are liable to be as compulsively readable as Robert Douglas-Fairhurst’s The Story of Alice. [It] is informative on what went into the making of Wonderland, from the Victorians’ intense focus on the underground—both literal (the tube) and fantastic (Jules Verne’s Journey to the Centre of the Earth)—to Carroll’s anxiety about rapid change (like the Red Queen, he always thought he had to run faster and faster, just to stay where he was). And it’s brilliant in the way it mirrors Carroll’s own protean nature, offering no overarching theme, except to establish that its subject was not a man to provide two possible meanings for all he did and said, not so long as he could stuff in three or more.”—Brian Bethune, Maclean’s

“An eager, zestful book that is hard to define. With perceptive delicacy [Douglas-Fairhurst] mixes the outwardly staid factual biography of Dodgson with the weird emotional development of Carroll. He writes with lightly worn authority about Victorian literature. He excavates some unlikely sources submerged in Alice in Wonderland. He unpicks and interprets Carroll’s ideas and techniques in his two pendant works for ‘child-friends’—Through the Looking-Glass, and What Alice Found There (1871) and the richly inventive poem The Hunting of the Snark: An Agony in Eight Fits (1876)… Douglas-Fairhurst is fascinating on the afterlife of Alice Liddell… The Story of Alice is a pantechnicon of a book neatly loaded with good things.”—Richard Davenport-Hines, The Sunday Times

“Scholarly, playful and richly entertaining… [Douglas-Fairhurst’s] literary insights are—as you might expect of an Oxford professor of English—illuminating (he links the sighing expiration of the gnat in Looking-Glass to Shakespeare’s Cymbeline). His knowledge of subjects such as Victorian theatre, children’s books, photography, inventiveness, seaside holidays and the cult of prepubescent girls is compendious but lightly worn. On the tricky subject of Carroll’s sexuality he is bracingly sensible.”—Jane Shilling, London Evening Standard

“In this enormously entertaining and thoughtful new book, Robert Douglas-Fairhurst pens a kind of triple portrait of Carroll, his fictional Alice, and Alice Liddell, the books’ inspiration and first audience… Where The Story of Alice is at its richest and most rewarding is when Douglas-Fairhurst unspools the story of the fictional Alice, ‘a heroine with a thousand faces,’ whose adventures changed how readers understood children’s books forever.”—Kate Tuttle, Boston Globe

“Anyone who loves the Alice books will here find new reasons to love them.”—Rob Hardy, The Columbus Dispatch

“Robert Douglas-Fairhurst’s Becoming Dickens was one of the best literary biographies ever written about Dickens. This is no less fascinating, incisive, elegantly written and insightful… Douglas-Fairhurst has produced a work of a literary sensibility perfectly attuned to Carroll’s, yet intellectually discrete from it.”—Amanda Craig, The Independent

“The Story of Alice is much more than its coy title. It is the story of several Alices… Above all it is the story of Lewis Carroll, fastidious, surpassingly eccentric, perhaps even a trifle addlepated and certainly persnickety.”—Brian Sewell, The Independent

“Few have been more thorough than Robert Douglas-Fairhurst in studying Carroll’s nature and the principal object of his affections, Alice Liddell… Even though the creation of the books has been well-documented, it’s the shifting social and historical context that makes The Story of Alice so compelling… [A] magnificent book.”—Charlotte Heathcote, The Sunday Express

“Alice’s Adventures in Wonderland turns 150 this year, and Robert Douglas-Fairhurst…has written a timely book about both its author and its putative real-life subject, Alice Liddell. The Story of Alice is a fascinating, unsettling read, giving us a clear-eyed view both of Liddell’s ambivalence about her fictional counterpart and of Dodgson’s preoccupation with young girls.”—Lev Grossman, Time

“More than a biography of Lewis Carroll… It is also the story of the books themselves, their inspiration, their writing, and their impact on the worlds of literature and popular culture… Will be catnip for serious Carroll enthusiasts and academics.”—Michael Cart, Booklist

“The author is in his element as Carroll’s greatest fan. Readers will rush to their childhood copies of Alice’s Adventures in Wonderland and Through the Looking-Glass to reread them.”—Kirkus Reviews

“Douglas-Fairhurst offers readers a glimpse behind the curtain—the story of Lewis Caroll’s Alice is told through the account of her creator’s life (1832–98). This biographical approach delivers a unique perspective not only on the character but also on Carroll… The backstory of Alice in Wonderland is almost as enchanting as the tale Carroll wrote, and Douglas-Fairhurst skillfully presents it here. [An] engaging work.”—Keri Youngstrand, Library Journal