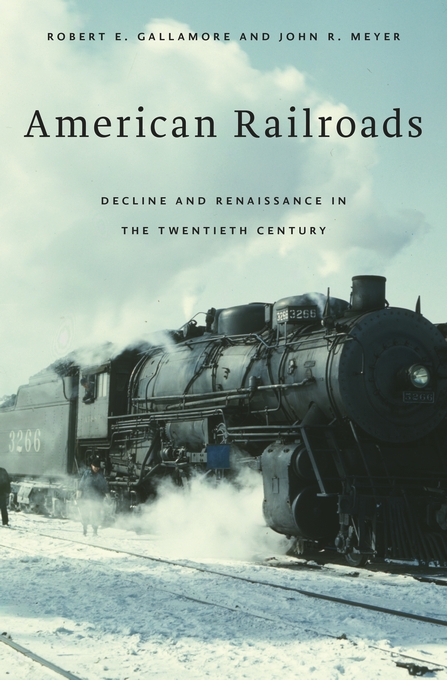 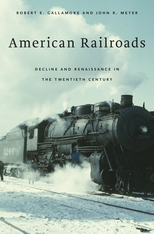 Decline and Renaissance in the Twentieth Century

Once an icon of American industry, railroads fell into a long decline beginning around the turn of the twentieth century. Overburdened with regulation and often displaced by barge traffic on government-maintained waterways, trucking on interstate highways, and jet aviation, railroads measured their misfortune in lost market share, abandoned track, bankruptcies, and unemployment. Today, however, as Robert Gallamore and John Meyer demonstrate, rail transportation is reviving, rescued by new sources of traffic and advanced technology, as well as less onerous bureaucracy.

In 1970, Congress responded to the industry’s plight by consolidating most passenger rail service nationwide into Amtrak. But private-sector freight service was left to succeed or fail on its own. The renaissance in freight traffic began in 1980 with the Staggers Rail Act, which allowed railroad companies to contract with customers for services and granted freedom to set most rates based on market supply and demand. Railroads found new business hauling low-sulfur coal and grain long distances in redesigned freight cars, while double-stacked container cars moved a growing volume of both international and domestic goods. Today, trains have smaller crews, operate over better track, and are longer and heavier than ever before.

Near the end of the twentieth century, after several difficult but important mergers, privately owned railroads increased their investments in safe, energy-efficient, environmentally friendly freight transportation. American Railroads tells a riveting story about how this crucial U.S. industry managed to turn itself around.